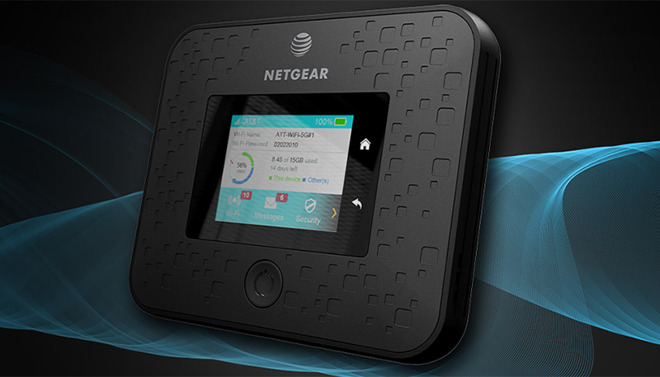 The network is slated to go live in another seven cities -- Las Vegas, Los Angeles, Nashville, Orlando, San Diego, San Francisco and San Jose, Calif. -- in the first half of 2019.

Customers will connect to the 5G -- technically 5G+ -- network via Netgear's Nighthawk 5G Mobile Hotspot, which AT&T plans to debut on Friday. The telecom is making the device and data plans available at no cost to select early adopters for "at least 90 days."

"This is the first taste of the mobile 5G era," said Andre Fuetsch, AT&T CTO and president of AT&T Labs. "Being first, you can expect us to evolve very quickly. It's early on the 5G journey and we're ready to learn fast and continually iterate in the months ahead."

AT&T plans to offer the Nighthawk to general consumers next spring for an upfront fee of $499. The device will be offered alongside a 15GB data plan that runs $70 a month with no annual commitment.

AT&T's 5G+ network is built on mmWave spectrum technology, providing faster connections than the current LTE standard. In addition to 5G+, AT&T continues to expand access to its 5G Evolution network that combines existing 4G technologies to achieve faster speeds. The interim technology will be used as a foundation for the firm's full-fledged cellular 5G network.

Competing U.S. carriers are also preparing their own 5G technology rollouts. Verizon, for example, launched what it calls the world's first commercial 5G deployment in October with the introduction of 5G Home Internet. Though not standards-based, cellular 5G Home Internet competes against traditional broadband tech with connection speeds of up to 300Mbps.

Smartphone manufacturers are likewise ramping up to join the 5G revolution. Verizon this month said it expects Samsung to field a compatible handset in the first half of 2019, while Qualcomm anticipates every Android maker to field a 5G model by the end of next year.

It appears Apple is once again taking the wait and see approach to 5G, as reports indicate iPhone will remain reliant on LTE until 2020 at the earliest.
«12»