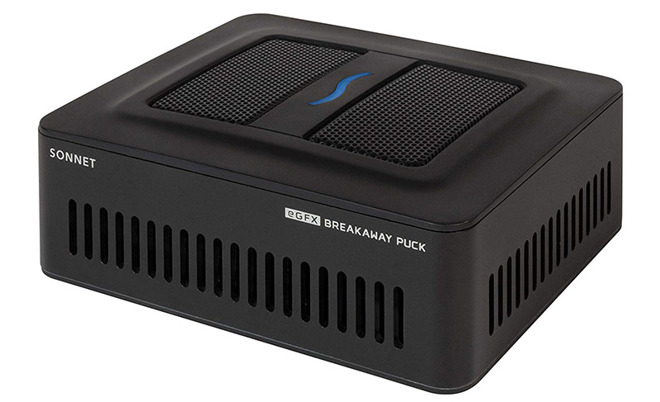 Noted in a change to Apple's document covering eGPU usage with macOS, RX 560 compatibility arrives more than a year after support for the card was first tested in early beta versions of macOS 10.13.4 High Sierra. That point update was the first to deliver comprehensive eGPU support.

For reasons unknown, Apple removed AMD's RX 560 from the list of cards supported by macOS 10.13.4 prior to the update's release in March 2018. Integration returned today as a "recommended" Thunderbolt 3 all-in-one eGPU solution.

It appears that Mac users looking to boost their workflow with an RX 560 will have to deal with a few limitations. Apple notes playback of HDCP-protected content from iTunes and certain unnamed streaming services is not supported on displays directly connected to an RX 560-based eGPU, including Sonnet's device. Said content can, however, be viewed on the built-in display of a MacBook Pro, MacBook Air and iMac, the document reads.