AppleInsider
Posted: February 27, 2019 9:04PM
in iPhone edited February 2019
The United States Department of Transportation and the Federal Aviation Administration has introduced rules banning lithium-ion batteries from being included as cargo on flights with passengers on safety grounds, and has applied a new and more restrictive maximum charge limit, but the rule change does not directly affect iPhone or iPad owners and other device users. 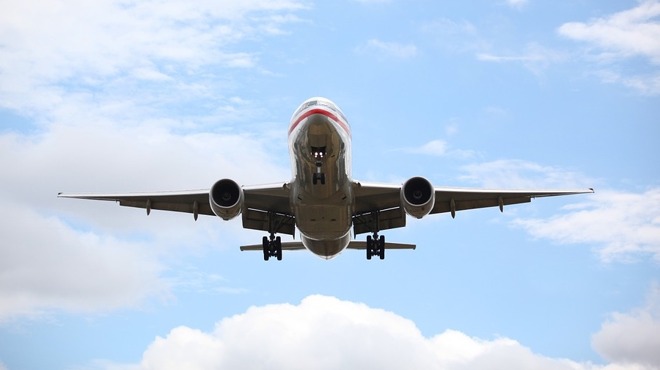 Announced on Wednesday, the new rule from the US DoT's Pipeline and Hazardous Materials Safety Administration (PHMSA) in coordination with the FAA is an "interim final rule" revising hazardous materials regulations for lithium-ion cells and batteries transported by aircraft.

The rule change prohibits the transport of the batteries as cargo on a passenger aircraft outright. In cases where it is being transported in a cargo-only aircraft, lithium-ion cells and batteries are to only be charged to a maximum of 30 percent of its capacity.

While the rule change applies to cargo, it does not apply to devices being carried or used by passengers in the main cabin, or stored with luggage in the hold. At most, the lack of the batteries as fully charged cargo aboard a passenger-based craft will in theory improve safety for those on the flight, by there being fewer batteries being transported.

"This rule will strengthen safety for the traveling public by addressing the unique challenges lithium batteries pose in transportation," advised US Secretary for Transport Elaine L. Chao.

At worst, the rule change will impact firms that rely on cargo-based flights to transport electronic devices, which includes Apple. Rather than being set in a charged state and ready for use at the time of manufacture, devices that end up being shipped via plane will have to be kept at a charge of 30 percent or less in order to fly, which means either devices will be supplied to consumers at a lower level of charge, or will have to be topped up on arrival before being shipped to customers or retailers.

Though rare, a battery-based fire can cause considerable harm to a person if they are nearby, but the limitations of space inside a cargo hold could prove deadly in the event of a battery combusting. The FAA told Reuters a battery fire could potentially exceed the capabilities of an aircraft's fire suppression system, which could lead to a catastrophic failure.

It is noted that there were 39 incidents relating to air cargo transportation between 2010 and 2013, 13 of which involved lithium batteries that smoked, overheated, exploded, or caught fire, which could have been prevented under the new rules. The FAA also noted three incidents between 2007 and 2011 involving lithium-ion batteries in cargo, with the batteries determined to be either the cause or a major factor in making an onboard fire severe enough to cause the loss of three aircraft and the deaths of four people.
«12»