AppleInsider
Posted: February 28, 2019 4:01PM
in General Discussion edited September 2022
Typing on an iPad, iPhone, or other low-travel surface like a MacBook Pro keyboard could be made easier and more comfortable, with Apple suggesting that smart gloves could squeeze the finger slightly to change the sensation. 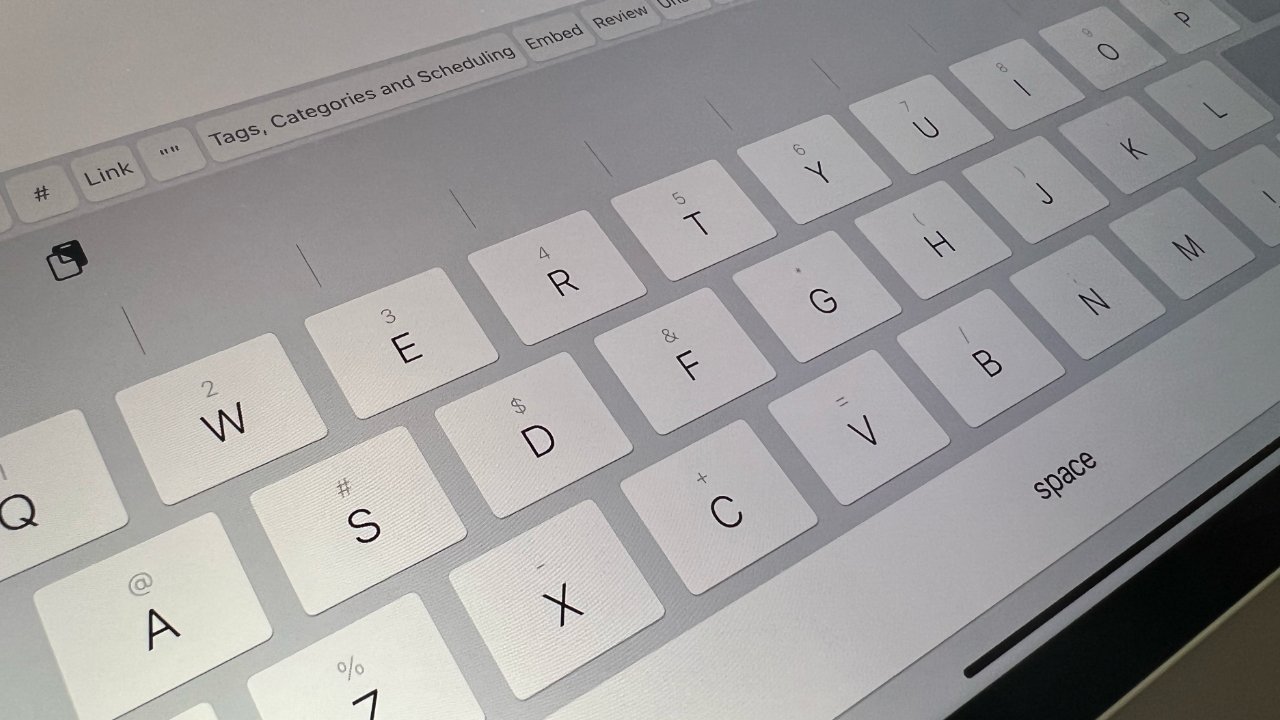 Typing on a touchscreen has become a common fixture of modern-day computing. While everyone is used to tapping away at a solid flat surface, the tactile benefits of using a normal keyboard with mechanical keys is clearly missing from the software-based keyboards.

A flat surface does not provide any gradual resistance to a finger press, unlike typing on a keyboard. Apple believes that, due to the abrupt halting of fingers on contact with a display surface could lead to "jarring and fatiguing" finger impacts, which makes it uncomfortable to type on a tablet or phone display for long periods of time.

A newly-granted patent from Apple, seeks to solve the problem by taking advantage of human anatomy. Named "Systems for modifying finger sensations during finger press input events," Apple suggests softening the impact of tapping a display by increasing the cushioning effect provided by a user's finger pads.

Wearing a device on each finger, shaped to cover the fingernail and to go down the left and right sides of the finger while leaving the fingertip exposed, the system effectively consists of actuators that change the shape of the device, making them narrower and wider in width. The aim is to lightly squeeze the sides of the finger to deform it, pushing the finger pad further out, which in turn softens the impact with the screen.

This extra cushioning should in theory make it easier to type for longer periods, as well as offering a form of haptic feedback to the user when actively typing.

Illustration showing how squeezing the finger can extend the finger pad

Rather than constantly squeezing the fingers and making it uncomfortable to wear, the system would only engage the squeezing action when it is in close proximity to an appropriate surface, namely a device's display. As well as bracing for impact, the sensation would also alert the user that they are close to making contact with an interactive surface.

Apple also suggests the devices could provide some pushback, in a similar way to how a key springs against a finger on a keyboard, which could be accomplished by the use of magnetic forces. It is even suggested that the force could be attractive, tugging a user's fingers towards appropriate areas to type 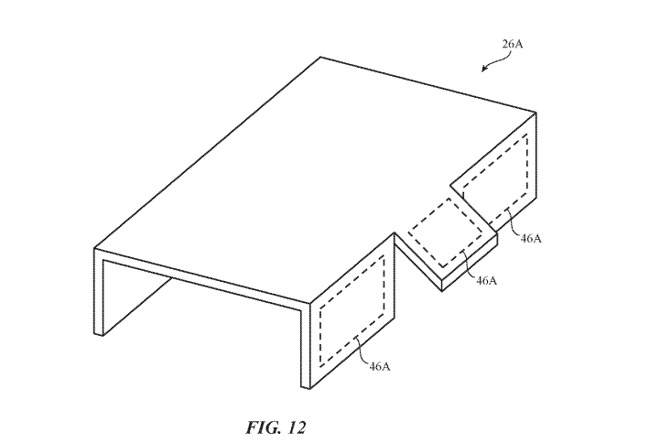 An image illustrating how the actuators could move and be positioned

Other elements of the patent application also cover the use of actuators on the input surface to create "dynamically adjustable surface heigh variations," namely a representation of a keyboard.

Apple is regularly granted numerous patents, but while they do indicate areas of interest for the company, it is far from guaranteed that the ideas will appear in a consumer device in the future.

This is not the only time Apple has considered the use of finger-based devices to change the way users interact with devices. One patent application from 2019 suggested rings on fingertips or gloves containing "sensors and haptics" that could provide feedback in AR and VR applications, such as feigning the sensation of picking up a virtual object or pressing a non-existent button.

Another patent for "Fabric-based devices with force sensing" explains how gloves or similar items could be used to sense force, using sensors embedded in the fabric. While it could also apply to other items, such as headbands and soft furnishings, the patent does go out of its way to suggest how sensors could be set up in a glove.

Such a system could also help with another often-surfacing idea of Apple's: replacing the keyboard of a MacBook with a solid glass panel as a rigid keyboard. While Apple has been looking for ways to feign a key actuation in a solid glass sheet, transferring the sensation to fingertip-altering accessories would eliminate the need to add such mechanisms to the keyboard, which could lead to a secondary display-based keyboard or a MacBook with an even thinner profile.