Boeing 737 Max pilots didn't have flight simulators, and trained on iPads instead

AppleInsider
Posted: March 18, 2019 7:19PM
in iPad edited March 2019
The nature of how pilots are trained has received scrutiny following two crashes of the Boeing 737 Max in a five month period, with a report revealing pilots were given two hours of tuition on an iPad about the aircraft, rather than using the more conventional flight simulators. 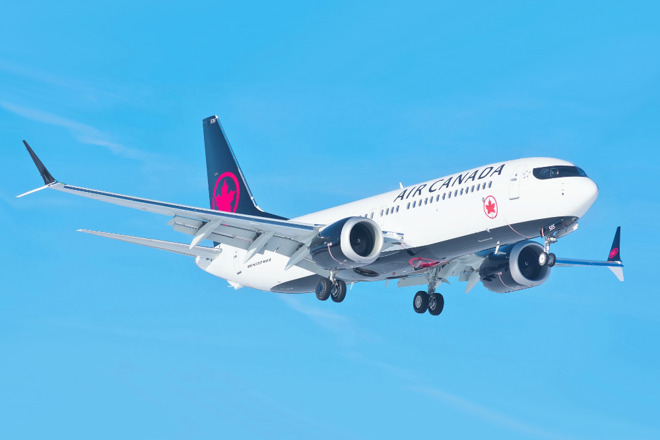 The relatively new aircraft, the Boeing 737 Max 8, has suffered issues early in its lifecycle due to its problems, which has so far led to two crashes in a matter of months. The issues have led to many airlines operating the aircraft to have suspended services as a safety concern, while governments are responding by banning the jet from being used for flights.

The safety issues has prompted many to investigate how the crashes may have occurred and how Boeing could fix the problems that have plagued the relatively popular craft. So far, Boeing has 4,600 pending orders for the 737 Max, which could end up being cancelled if the problems aren't resolved, potentially costing the company billions.

In a New York Times report, it is claimed pilots are not necessarily being given adequate training, with concerns pilots are not able to handle new software used on the craft. Investigations into the crashes of Ethiopia Airlines and Lion Air flights suggest software training may well be a problem, including tuition for an automated system to avoid stalling.

On the introduction of new models of planes, pilots are usually given training on simulation cockpits that can safely teach how to use new functions of the flight instruments and software while on the ground. It was determined that, at least in the case of the Max, pilots with prior 737 experience learned about the new plane using an iPad for two hours, as well as a 13-page handbook of differences between the Max and earlier models.

It is claimed Boeing had not managed to get a simulator ready during a time it was trying to get the plane completed, and didn't have all the data available.

"They were building the airplane and still designing it," advised Southwest Pilots Association training and standards chair Greg Bowen. "The data to build a simulator didn't become available until about when the plane was ready to fly."

Crucially the training did not cover any of the new software that would be used on the 737 Max. Boeing is also said to have also failed to mention to American Airlines pilots about the new software, under the guise of not wanting to "inundate" them with information.

"When you find out there are systems on it that are wildly different that affect the performance of the aircraft, having a simulator is part of a safety culture," according to American Airlines pilot union spokesman Dennis Tajer. "It can be the difference between a safe, recoverable flight and one that makes the newspapers."

Following complaints, Boeing advised American Airlines and Southwest pilots there would be a software fix provided within weeks, though without the need for further training. On hearing this, union pilots believed they were able to fly the plane safely under current training conditions, without the need for a simulator.

The FAA has also been questioned by US lawmakers over why more substantial training was not required by the regulator. Rep. Peter DeFazio, chairman of the House transportation committee told the FAA "this is essentially a different airplane, how is it that it was certified without prior pilot retraining?"

Boeing is said to be abstaining from introducing changes to its training in the wake of the criticism, according to a person familiar with the matter. Regulators like the FAA and the EU Aviation Safety Agency are also steering clear of proposing more simulator-based training, with computer-based versions like the iPad thought to be the "best way" to inform pilots on the changes.
«123»