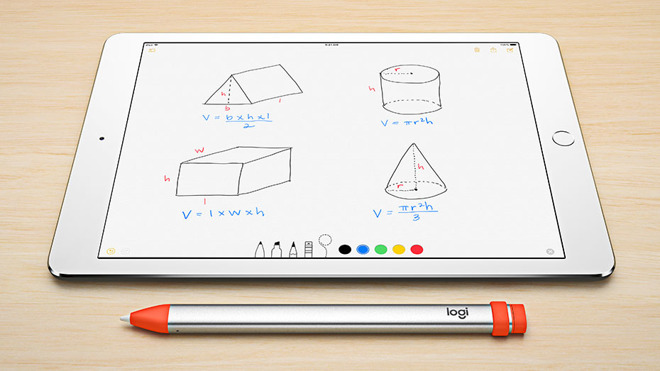 "They told me that when the next version of iOS 12 comes out, presumably next week to support the streaming service, the Logitech Crayon will work with the iPad Pros," Patel said during an episode of the Vergecast podcast. "I don't know who's buying a $1,500 iPad Pro and a Logitech Crayon."

Whether Crayon will also offer support for first-generation iPad Pro models is unclear, but AppleInsider has confirmed the stylus does not work with a 2017 12.9-inch iPad Pro running Apple's most recent iOS 12.2 beta.

Crayon boasts many of the same features as Apple Pencil, including easy connectivity, tilt sensitivity and palm rejection technology, but does not support pressure sensitive input and tap gestures.

Apple is expected to release iOS 12.2 next week with integrations for a news subscription service anticipated for unveiling at a special event on Monday.