AppleInsider
Posted: April 9, 2019 2:13PM
in Current Mac Hardware edited December 2019
Apple's T2 chip in the Mac mini, MacBook Pro, and iMac Pro can greatly speed video encoding, but by how much? Now that Apple has two machines with the same CPU, one with the T2, and one without, there's a good way to tell. 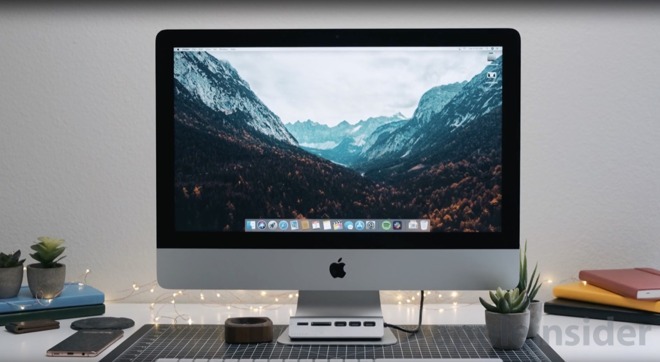 There has already been a lot of discussion that the T2 and Intel's QuickSync routines speed encoding. Support for hardware encoding for the pair of features is in Apple's VideoToolbox routines.

But, with the release of the 2019 iMac 4K that uses the same processor as the low-end 2018 Mac mini, there's finally an opportunity to test the processors both with and without the T2, using the exact same software encoder settings.

For this test, we're going to use Handbrake, an AppleInsider 4K video master, Apple and Intel encoding software, and a pile of hardware. Let's break down the pieces that are involved in this testing.

An open-source transcoding tool, Handbrake can be used to convert video from one format into another. For example, it could be used to change a H.265-based MP4 file into an MPEG-4 or and MPEG-2. Or for audio, it can convert from an AAC file to an MP3. Handbrake allows high quality media like a HD Blu-ray movie to be turned into something more compatible or space-saving for another device, like mobile devices.

At the same time, Handbrake is able to transcode video to a variety of different specifications, including changing the bitrate, whether the video is optimized for online usage, the resolution, support for VFR and CFR, and applying assorted video filters to improve the picture. It includes a variety of presets for devices commonly used to view the resulting files, saving even more time for those who want to watch videos from one source via another piece of hardware.

Handbrake is also an exceptional tool for people who use home servers as part of their network, as large collections of videos can be passed through the software so they can be standardized to the same file type and format. For streaming across a network, and for saving disk space, Handbrake has proven itself to be valuable to the users who need it.

And, it can encode a video in 4K in H.264 or HEVC, suitable for streaming from iTunes to an Apple TV. We're encoding to H.265 HEVC here.

What is Intel QuickSync?

Introduced in 2011, Intel's QuickSync encoding routines are driven by on-die hardware, and is considerably faster and more power-efficient when used rather than just number-crunching by the processor. Encodes using QuickSync to its maximum extent typically takes a fraction of the usual time, and are sometimes faster than transcoding with the assistance of a graphics card.

QuickSync has evolved over the years. The 5,1 Mac Pro and cylindrical 6,1 Mac Pro don't have it at all -- and neither does the iMac Pro because of Intel's architectural choices in the Xeon processor.

What is Apple's VideoToolbox?

VideoToolbox is Apple's low-level framework for iOS, macOS, and tvOS that provides software with access to hardware-based encoders and decoders, for the purposes of compression, decompression and transcoding. For developers, it is a way to tap into Apple's hardware directly rather than using their own software-based solution, typically saving time and simplifying the process of adding the functionality to their apps and tools.

VideoToolbox taps into the T2 if available, and any Intel QuickSync support that any given machine has. 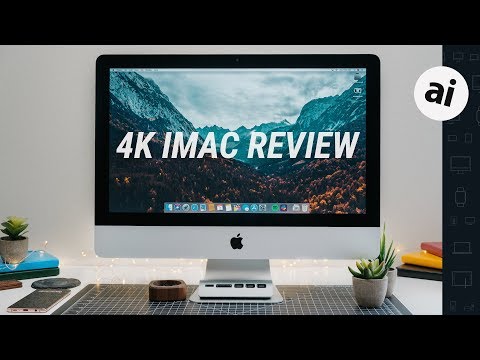 We didn't use the YouTube video, but rather our 4K master.

We've selected an encoder using Apple's VideoToolkit, and upped the bitrate to 18,000 kilobits per second. No other transformations are being performed on the video, and resolution is maintained.

Handbrake itself has far more options than Apple's VideoToolkit. If you select the encoder in Handbrake that utilizes the T2, it will (mostly) prevent you from changing something critical. But, there are still a few parameters that will prevent an encode.

These are mostly left as an exercise for the reader to discover. Bitrate and similar basic settings can be changed, but stray too far from this, and your encode may fail. At least it will fail early

We've run the encode on a wide array of recent hardware, but what we're specifically looking at here, is the i3-8100 in the Mac mini with T2, compared to the iMac 4K without.

Considering the possibility that the slow hard drive was the problem, we re-ran the test to both a USB 3.1 type C SSD on the iMac 4K with identical results. Additionally, running the test on an i7 Mac mini with an external 4200RPM laptop hard drive connected by USB 3.1 type A provided identical results with a higher speed encode, effectively eliminating the slow drive on the entry-level iMac 4K as a bottleneck.

So, 100 percent of the difference between the iMac 4K and i3 Mac mini with the basic Video Toolkit is because of the T2.

Early testing on longer video encodes showed similar proportionality between encodes using the T2 and those that aren't or can't, but we'll be looking more at that at a future date.

The eight-minute software encode from the i3 Mac mini is interesting. While this encode setting doesn't completely exclude all of Quicksync, it does cut off a great deal of it, resulting in a much slower encode than the unconstrained machine. This is a good demonstration of what Quicksync brings to the table.

You may want more than just the T2

Having the T2 isn't the only variable to consider, though. Multiple cores means more "grunt" behind the QuickSync routines, and more CPU power itself to throw at the problem.

We like the 5,1 Mac Pro tower a great deal here at AppleInsider for myriad reasons, and we like how the cylindrical 6,1 Mac Pro generally, works, performs, and looks. But these video encode numbers may be the most compelling reason for video-centric folk to upgrade to a T2 machine that we've seen yet.

Apple's T2 will likely make it all the way across the product line. It's already on the Mac mini, MacBook Pro, and iMac Pro. There are benefits, like video encoding, and problems that may or may not manifest in the future regarding repairability. Like it or not, it's here, so at least it provides some benefit beyond security to the end-user.

But, this isn't the ultimate test on the matter, and is just a practical demonstration on what the T2 will do for the vast majority of the Mac user-base. Professional video editors may find the restrictions that the T2 applies on video encodes problematic, and may find that the applications that they're using, like Adobe's recent updates and DaVinci Resolve are better served by a powerful GPU.
«123»