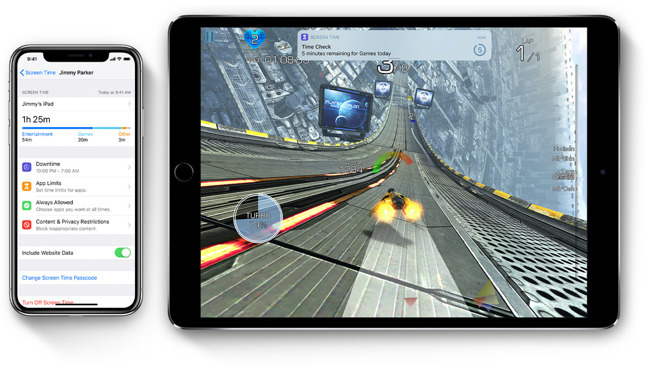 In its report, The Times highlights an uptick in restrictions or removals of popular screen time and parental control apps over the past year.

Some developers impacted by the new policy intimated to the publication that the tech giant aims to quash competition of Screen Time, an iOS feature and toolset designed to encourage iPhone and iPad owners to spend less time on their devices. Others, like the CEO of Freedom, an app removed from the App Store last year, said they remain dubious of Apple's stated intent to fight so-called mobile device addiction.

Apple spokeswoman Tammy Levine said the apps were removed, or had their features limited, because they were able to access "too much information from users' devices," the report said. Levine added that the app purge is not related to Apple's release of "similar tools," a likely reference to Screen Time.

"We treat all apps the same, including those that compete with our own services," Levine said, echoing a statement Apple issued to AppleInsider on Saturday. "Our incentive is to have a vibrant app ecosystem that provides consumers access to as many quality apps as possible."

The report apparently hit a nerve with Apple executives, as Schiller offered a -- much more detailed -- account of the situation in response to a customer email, reports MacRumors.

Schiller details the issue in his letter. AppleInsider has not seen the correspondence and is therefore unable to vouch for its authenticity.

Thank you for being a fan of Apple and for your email.

I would like to assure you that the App Store team has acted extremely responsibly in this matter, helping to protect our children from technologies that could be used to violate their privacy and security. After you learn of some of the facts I hope that you agree.

Unfortunately the New York Times article you reference did not share our complete statement, nor explain the risks to children had Apple not acted on their behalf. Apple has long supported providing apps on the App Store, that work like our ScreenTime feature, to help parents manage their children's access to technology and we will continue to encourage development of these apps. There are many great apps for parents on the App Store, like "Moment - Balance Screen Time" by Moment Health and "Verizon Smart Family" by Verizon Wireless.

However, over the last year we became aware that some parental management apps were using a technology called Mobile Device Management or "MDM" and installing an MDM Profile as a method to limit and control use of these devices. MDM is a technology that gives one party access to and control over many devices, it was meant to be used by a company on it's [sic] own mobile devices as a management tool, where that company has a right to all of the data and use of the devices. The MDM technology is not intended to enable a developer to have access to and control over consumers' data and devices, but the apps we removed from the store did just that. No one, except you, should have unrestricted access to manage your child's device, know their location, track their app use, control their mail accounts, web surfing, camera use, network access, and even remotely erase their devices. Further, security research has shown that there is risk that MDM profiles could be used as a technology for hacker attacks by assisting them in installing apps for malicious purposes on users' devices.

When the App Store team investigated the use of MDM technology by some developers of apps for managing kids devices and learned the risk they create to user privacy and security, we asked these developers to stop using MDM technology in their apps. Protecting user privacy and security is paramount in the Apple ecosystem and we have important App Store guidelines to not allow apps that could pose a threat to consumers privacy and security. We will continue to provide features, like ScreenTime, designed to help parents manage their children's access to technology and we will work with developers to offer many great apps on the App Store for these uses, using technologies that are safe and private for us and our children.

The Times in its report notes Kidslox and Qustodio, both parental control apps, recently filed a complaint with the European Commission after Apple forced changes to Kidslox that allegedly impacted the developer's business. In March, Spotify filed an antitrust complaint against Apple with the same European Union office, while Kaspersky Lab did the same in Russia.
«12»