Editorial: If Apple wants to get serious with Apple TV+, shedding the 'clean' image would ...

AppleInsider
Posted: April 30, 2019 11:14AM
in iPod + iTunes + AppleTV edited April 2019
If it's true that Apple is aiming for "family-friendly" material across most of its Apple TV+ shows, it may be fighting the streaming video wars with one arm tied behind its back. 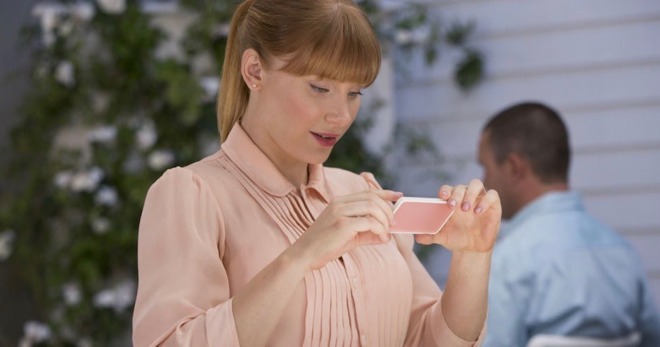 "Black Mirror" - a hit show that would reportedly be impossible on Apple TV+.

Apple certainly made a splash its with its March 25 press event, announcing titles such as "Amazing Stories," "See," and "The Morning Show" -- with A-list celebrities like Steven Spielberg, Jason Momoa, and Jennifer Aniston. That was just the tip of the iceberg too, since Apple has many more high-budget projects in the works as a fall launch approaches.

What might be disappointing for some is that there have been multiple reports of Apple wielding a heavy hand in content, insisting that creators stay within certain bounds when it comes to sex and violence. Even CEO Tim Cook has become involved, despite no experience in film or TV, supposedly writing things like "don't be so mean!" in notes.

The company is additionally said to be putting the kibosh on storylines that criticize technology, so there'll be no equivalent of "Black Mirror," regardless of the artistic views of writers and directors.

We're not sure how this jives with Apple's stated intention of being at "the intersection of technology and the liberal arts." That's nothing new, though -- developers have long complained about Apple's content restrictions on the App Store, where apps meant to highlight possible war crimes have been banned for being "excessively objectionable or crude."

Apple is a private U.S. company, and can reject just about any content it wants to as a result. It may be tone-deaf when it comes to popular media tastes however, which makes a business case for stronger freedom of expression.

The obvious reference point is HBO's "Game of Thrones," now in its final season. The show sometimes features graphic sex and violence, enough that even fans can be disgusted. Yet it's arguably the most popular TV show in the world, a huge moneymaker with tons of merchandise, cultural landmarks, and upcoming spinoffs. Other "mean" shows are institutions too -- "The Walking Dead" for instance, and yes, "Black Mirror."

You don't need to go blue to be profitable. After all, some of the biggest shows in history have been clean, such as "Friends" and "The Big Bang Theory." Beyond Netflix, Apple TV+'s closest competition is likely to be Disney+, debuting Nov. 12 with (mostly) family-friendly material from studios like Marvel, Pixar, Lucasfilm, and National Geographic.

Turn your head though to the most popular shows on IMDb and Rotten Tomatoes right now. Many of them would be impossible under Apple's current rules.

That's also true when you focus on specific streaming services. Hulu's best-known show is probably "The Handmaid's Tale," based on the Margaret Atwood novel -- but it would probably run afoul of Apple for criticizing Christian fundamentalism, never mind other issues. One of Netflix's latest hits is "Santa Clarita Diet," a horror comedy about eating human flesh.

Apple's policies simply fly in the face of broader trends in the TV industry, which is a problem when you're asking people to pay a monthly fee. That goes doubly so if you're anchoring your hopes on original rather than third-party video.

Disney+ could be a counterexample, but that will launch with a decades-long library for just $6.99 per month or $69.99 per year. In fact rather than competing with Apple TV+ directly, many people will combine it with Netflix, Hulu, or Amazon Prime Video and shut Apple out of the loop. Apple will have its share of subscribers just based on the devout buying in early -- but the real question is whether it'll become a leader.

In the long term, Apple may face the issue of recruiting talent with profound content limitations. The best artists normally prefer partners with the most creative freedom -- the company lost a project by "Roma" and "Gravity" director Alfonso Cuaron for that very reason.

Given the firmly established platforms available elsewhere, if Apple keeps a tight grip on the creative reins, mercenary stars will stay for the money, but creative-oriented ones may look elsewhere. Apple will keep spending billions to retain and recruit talent, but for every Spielberg or Abrams it recruits, it will be losing a Cuaron, David Fincher, or Guillermo del Toro.

With hundreds of billions in its coffers, Apple will make or call Apple TV+ a success one way or another. It can afford to wait for traction, like it did for the Apple Watch. It's just a matter of how long it will take, and what Apple will sacrifice in regards to ethos to do so.
«12»