AppleInsider
Posted: May 2, 2019 11:40AM
in General Discussion edited May 2019
Terry Gou, the CEO of Apple assembly partner Foxconn and candidate for the presidency of Taiwan, has met with President Donald Trump on his visit to the United States, ahead of a visit to the controversial project in Wisconsin to build new facilities. 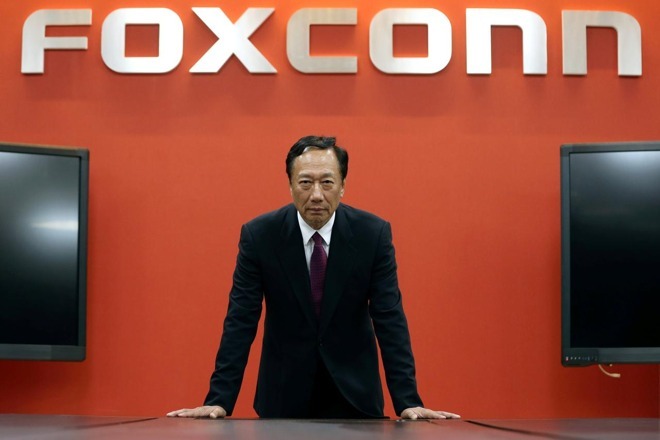 Foxconn's CEO, Chairman of the Board, and founder Terry Gou

The Foxconn chief advised to Trump he would aim to be a peace-keeping leader of Taiwan if he won the country's elections, and would seek support from the United States. "If I am elected, I would be seeking to go to Washington," Gou is quoted as having advised to Trump, adding the only reason he wouldn't be able to do so would be because of the Chinese government.

Gou also claimed he would tell China to recognize the existence of the Republic of China, the official title of Taiwan, and allow it to continue to survive, reports Yahoo News.

Taiwan has effectively independent for decades, but China considers it a renegade province, with the relationship of the Taiwanese government being careful to walk a fine line between retaining its freedom and appeasing the Chinese government. While it is possible for Taiwan to formally declare its independence, this could prompt China to invade the territory, albeit at the risk of war with the United States and other major powers.

According to Gou, he told Trump of his intention to run for the Taiwanese presidency, with the response "It's a tough job."

The Foxconn head is stepping down from his post later in 2019, an announcement made earlier in April before revealing an intention to run for the country's top job. He is joining the opposition Kuomintang primaries, a party that is reportedly friendly with the Chinese government.

Gou reportedly visited the White House wearing a hat covered with flags of Taiwan and the United States, and exited with a gift of a signed coaster from President Trump's desk. 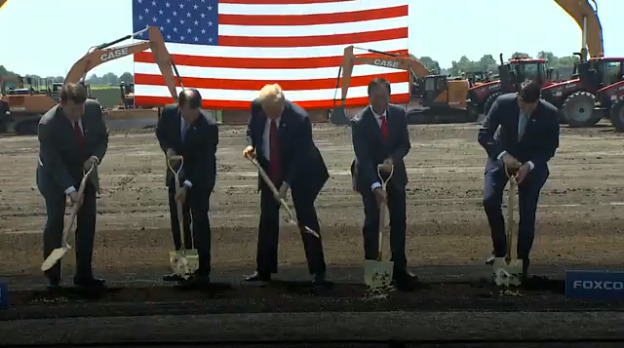 The Foxconn head visited Trump ahead of his planned appearance in Wisconsin, where Foxconn is building a display manufacturing facility as part of a $10 billion project. Promising approximately 13,000 local jobs, the scheme has come under fire for a lack of progress in construction.

So far, the town of Mount Pleasant has seen large sections destroyed in preparation for the plant, including the demolition of 75 homes in the area, while a plot of land bought for the facility remains unused. At the same time, infrastructure work has commenced on the Interstate 94, but mostly at the expense of the local government.

Foxconn "regularly engages with its stakeholders in state and federal government," the firm declared in a statement on Tuesday. Foxconn also advised details of what happens in the meetings would not be disclosed after the fact, citing privacy reasons. Regardless of the statement, at present, Gou is not presently on the governor of Wisconsin's schedule.