AppleInsider
Posted: May 4, 2019 1:26AM
in General Discussion
The UK government is now accepting Apple Pay and Google Pay payments for select services through its gov.uk website, a change in policy that is expected to reach local governments and other institutions later this year. 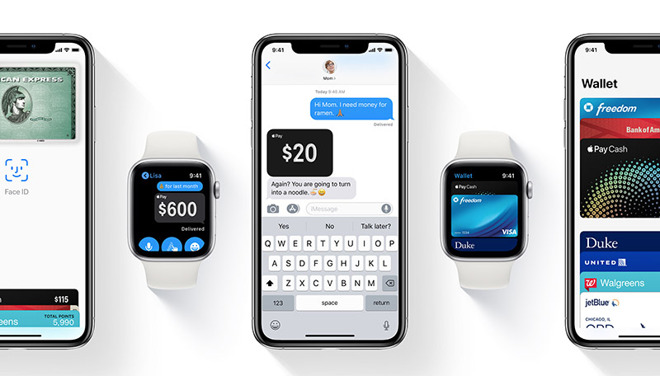 Additional integration with local government, police and the National Health Service systems are due to follow later this year.

"Allowing people to pay for Government services through Apple Pay and Google Pay means they won't have to enter their credit or debit card information when making payments," said Till Wirth, lead product manager of gov.uk Pay. "This innovation will increase the convenience and security of gov.uk Pay for users and hopefully make their experience online a lot easier."

The gov.uk online payment system launched in 2016 with support for credit and debit cards and has so far logged more than 2.9 million transactions, the report said.

The new capability also delivers a streamlined user experience, as users can speed through transactions without filling out credit card or debit card authorization fields.

Apple Pay launched in the UK in 2015 with support for eight participating banks. Since then, the country's government has slowly adopted the payment system and underlying technology.

Most recently, Apple in April agreed to open iPhone's NFC stack for use with the Home Office's Brexit app, which confirms citizen status by scanning embedded passport security chips.