AppleInsider
Posted: May 6, 2019 4:51PM
in iOS
Apple has teamed up with investor Warren Buffett to produce a new iPhone game dubbed Warren Buffett's Paper Wizard that pays homage to Buffett's history of starting out as an actual paperboy. 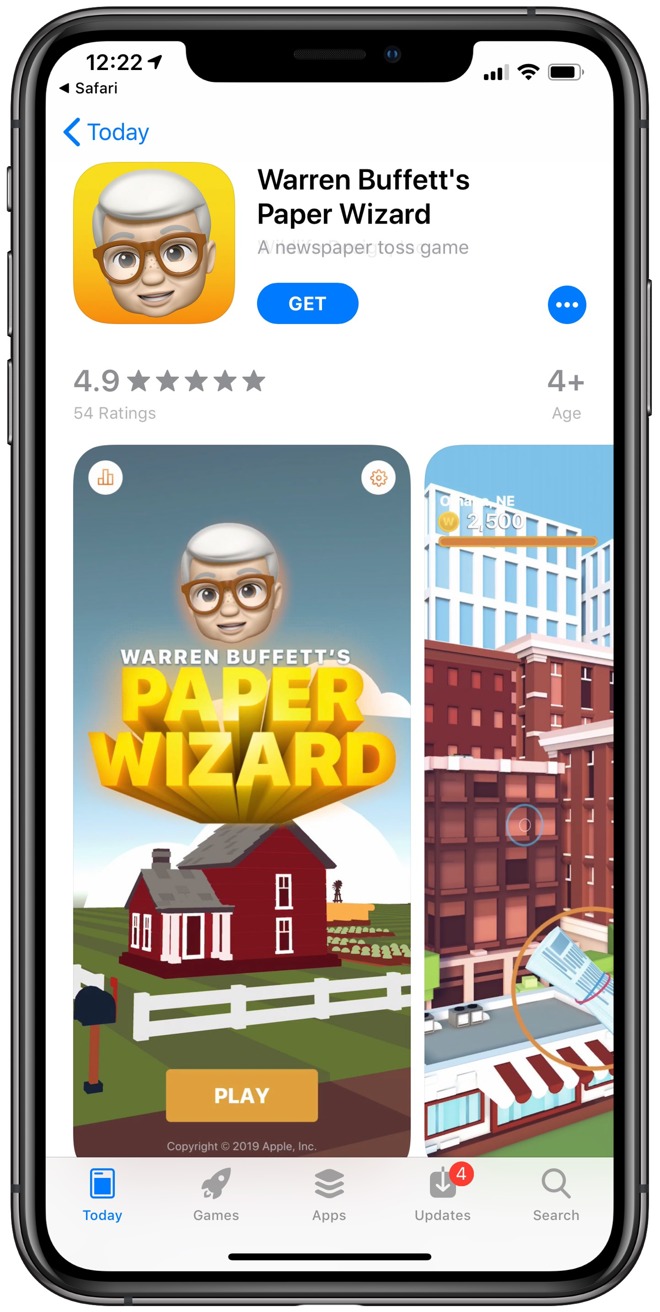 In a short film at the start of the Berkshire Hathaway shareholders' meeting, Cook and Buffett debuted the app. as part of a larger film kicking off the meeting. The game, which is now available for free in the App Store with no in-app purchases, is sold by Wildlife Design, Inc but the copyright is held by Apple. This makes it Apple's first iOS game since the discontinued Texas Hold'em title.

In the title, the player plays the part of a paper-delivery person who flings papers at the doorsteps of buildings. As the player progresses, the game goes from the corn-filled streets of Oklahoma to Apple's home of Cupertino, California. Vehicles and birds act as obstacles as the game gets increasingly more difficult.

Other anecdotes have come out of the meeting such as how Buffett taught Tim Cook and Steve Jobs the importance of stock buybacks. Additionally, related to the meeting, Tim Cook spilled details about how Apple buys a new company every few weeks.