AppleInsider
Posted: May 31, 2019 3:03AM
in iPhone
Target is recalling some of its "heyday" branded Lightning cables over shock and fire hazard concerns after several incidents were reported. 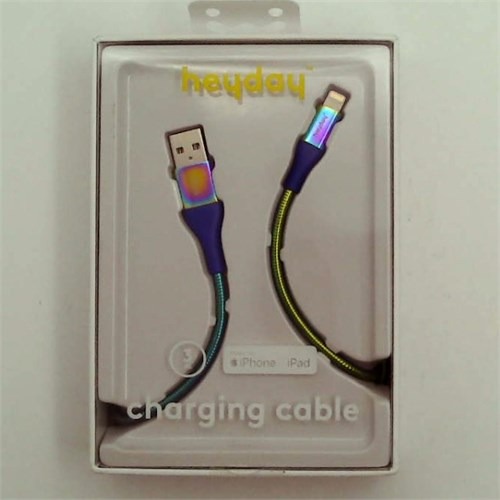 A heyday Lightning cable that is part of the recall

According to the recall notice, three-foot Lightning to USB-A cables with nylon braiding and metal ends are being recalled. If the metal comes in contact with the USB wall charger plug prongs while charging it can become electrically charged and start a fire or shock the user, the notice said.

Target has received 14 reports of these cables sparking or igniting and advises customers to stop using the product immediately. Owners can return eligible cables to a Target store for a refund. 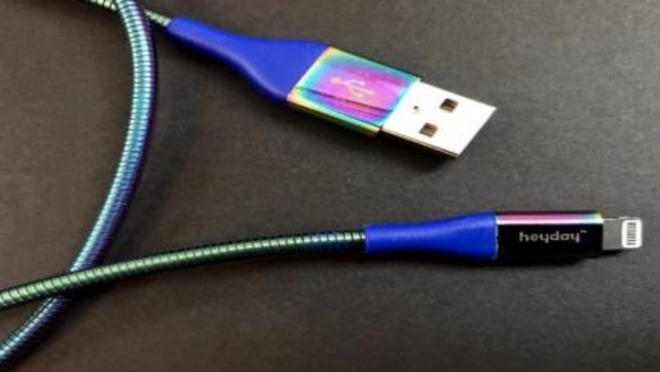 Cables that are part of the recall are as described above, with nylon sheathing, metal ends and a purple, green, blue iridescent color scheme. The "heyday" mark can be seen on the end of the cable and the model number, "080 08 8261," is printed on the product's packaging.

Roughly 90,000 cables are included in the recall and were sold between June of 2018 and January of 2019 in Target stores and Target.com for around $15.

The impacted Lightning cables are part of the "heyday" brand, one of Target's store brands that also makes Apple Watch bands, speakers and other everyday accessories.