AppleInsider
Posted: July 1, 2019 2:36PM
in General Discussion edited July 2019
The cost of flash memory could rise and impact the cost of production for the Mac Pro and other hardware in the future, as memory producer Western Digital and Toshiba revealed a mid-June power outage temporarily lowered its production capacity, destroying 15 exabytes of storage. 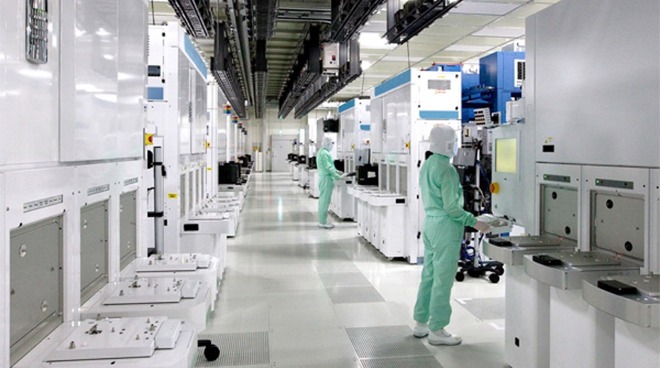 A Yokkaichi factory campus in Japan owned by Toshiba Memory and Western Digital was struck with a power outage on June 15. While the loss of power was anticipated to reduce production, it wasn't until recently that the scale of how big the impact could be on both companies was assessed.

"Western Digital continues to assess the impact of this event," the producer said in a statement. "The company currently expects the incident will result in a reduction of Western Digital's flash wafer availability of approximately 6 exabytes, the majority of which is expected to be contained in the first quarter of fiscal year 2020," namely the period from July 2019 until September.

Toshiba Memory has yet to confirm the harm the power loss caused to its capacity at the same shared campus. Apple is an owner in Toshiba Memory, having participated in an $18B acquisition of the unit as part of a consortium led by Bain Capital, though it is unclear how much Apple invested in the project.

Analysts at Wells Fargo advised to The Register the reason for the large loss was due to the ten-week cycle it takes to produce each wafer. Western Digital is thought to have shipped approximately 11 exabytes of NAND memory in the February to April 2019 quarter, with 12.3 exabytes expected for the May to July quarter.

It is suggested the damage to Toshiba's supply could be even greater, due to an estimated 40/60 split at the factory for WD and Toshiba respectively. If true, this could put Toshiba's NAND wafer losses in the range of 9 exabytes, and according to BusinessKorea, could represent between 10 and 25 percent of Toshiba's monthly NAND flash production.

With Toshiba being the second-largest NAND flash producer, an interruption to its production is likely to affect global memory prices in some way, though the increase may be limited and short-lived.

Following 2018's relatively high flash memory prices, the cost of NAND flash has been reducing over the last year, with producers said to be accumulating inventory of the memory. The high inventory levels has led to some analysts suggesting Samsung's memory business would barely make a profit for the second quarter due to the excess stock.

It is possible that inventory-overburdened vendors like Samsung may be able to capitalize on the blip in Toshiba and WD's supply to offload their stock to the market. The longer it takes Toshiba and WD to investigate the source of the power outage, the longer it will take for their supplies to normalize, widening the window for other vendors to cash in.

To device producers like Apple, which rely on Toshiba for storage chips used in the MacBook Pro and other products that use flash memory, the potential price fluctuations could cut into Apple's profit per device for a short period. It is unclear whether this additional cost will be passed on to consumers or if Apple will take the hit instead.