AppleInsider
Posted: July 2, 2019 12:35PM
in General Discussion edited November 2019
Apple's 'Project Titan' autonomous vehicle could have retractable bumpers on both ends of the vehicle, contracting away to make parking in confined spaces easier, but automatically extending outwards to protect the car while it is being driven in traffic. 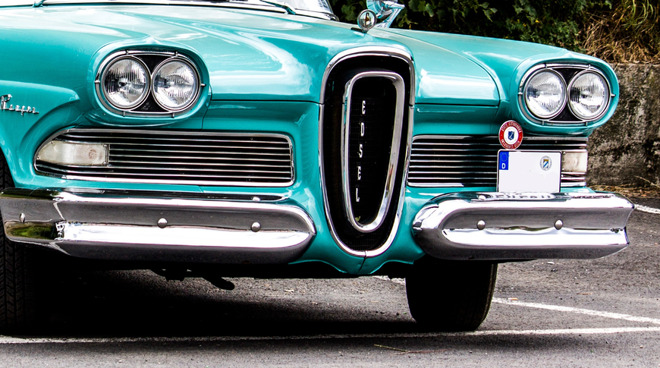 Bumpers are an important part of a vehicle, giving a level of protection from minor and major impacts before having to rely on the rest of the car's frame and bodywork to take any blows. For smaller knocks, bumpers can give vehicles a softer blow than if they didn't otherwise exist, and potentially eliminating any damage to the car altogether.

The construction of a bumper can take a few forms, including a simple metal beam that stretches across the width of a vehicle to more complex designs. A lightweight version uses a plastic bumper cover that has a cellular plastic structure, one that can deform and crush to absorb the impact before any real damage is made to the car's frame.

Apple believes it has come up with another design, in a patent published by the U.S. Patent and Trademark Office on Tuesday titled "Extendable bumpers for vehicles." In the filing, Apple suggests how an inflatable bladder behind the bumper could inflate and deflate to allow the bumper to move in and out from a so-called Apple Car.

There are a few reasons this could be useful. First, the use of an air cushion behind the bumper could provide some form of impact protection that provides some give, but without necessarily resulting in any damage to the bumper itself, as with the plastic cell structure technique.

The ability to retract the bumper could help with moving the vehicle as well, giving a few inches extra room at the front and rear at advantageous times. For example, a tight turn with a wall or another obstacle that may just impact the bumper could stop being a problem if the bumper can move itself out of the way.

In Apple's filing, the bumper is movable between extended and retracted positions, and is fitted with an inflatable structure behind it. Inflating and deflating the structure shifts the bumper in and out of the vehicle between the two positions, while a flexible hinge around the edge keeps the bumper cover connected to the body.

The inflatable structure could be kept within a hollowed interior section, enabling the bumper cover to align with the body portion. The bumper itself can be rigid, have a u-shaped cross-section, and even support linear sliding when moving between the two positions.

Inflation would be via a valve for both allowing air to enter and to leave, but Apple suggests the bumper could be biased to move more easily towards a retracted position, possibly including a spring mechanism. It is likely this is so that the bumper could be retracted without effort, in cases such as a car being turned off after parking, as it would not waste extra resources.

Apple files numerous patent applications with the USPTO on a weekly basis, but while there is no guarantee Apple will be using the submitted ideas in a future product or service, it does show areas of interest for the company's research and development efforts.

"Project Titan" is the catch-all title used to cover Apple's automotive activities. Originally thought to be the development of an Apple-branded car, the project has seemingly pivoted towards self-driving vehicle systems, though the continuing appearance of car design patents and other related reports suggests vehicle development is still underway.

Some patents and applications under vehicle design changes include battery-filled floors, reinforced wide-opening doors without the central door pillar, multiple ways to create configurable sunroof systems, smart seatbelts, and a light-based privacy system. Others under the same banner relate to how vehicles move, such as gesture controls, automated point of interest capture systems, inter-car communications, and self-driving confidence systems.
«12»