AppleInsider
Posted: July 9, 2019 6:23PM
in General Discussion
VirnetX has won another battle in its patent lawsuit with Apple, convincing the US Court of Appeals to vacate and remand decisions by the US Patent Office's Trial and Appeal Board that invalidated two patents. The new ruling gives VirnetX more leverage in receiving the $439 million the courts declared Apple owes. 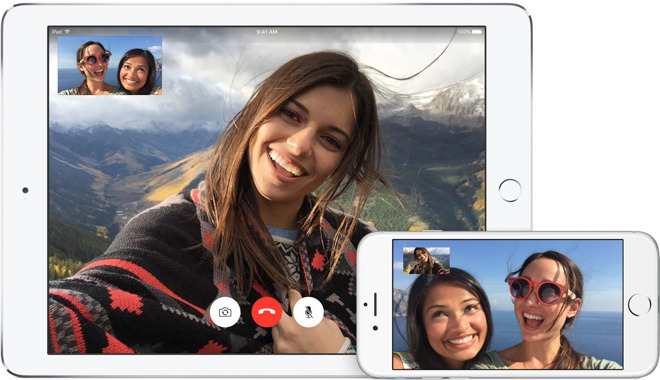 FaceTime, a technology that became the subject of a patent lawsuit against Apple by VirnetX

In the latest installment of the ongoing saga that is VirnetX versus Apple, VirnetX has secured a legal win concerning two patents that it has claimed Apple infringed. In 2016, the USPTO Patent Trial and Appeal Board argued four of the patents were invalid, as they didn't actually cover new inventions. This effectively prevented VirnetX using these particular patents against Apple.

On Monday, the US Court of Appeals for the Federal Circuit issued an opinion on two of the patents in question, specifically patent numbers 6,502,135 and 7,490,151. The opinion vacated and remanded decisions on both. The Court of Appeals disagreed with how the board had previously ruled, and in particular over the decision that these patents had unpatentable claims.

It is believed the board "abused its discretion in denying VirnetX the opportunity to file a motion for additional discovery as to real party-in-interest issues," a statement from VirnetX about the decision reads.

There were also issues with "many of the Board's positions as to the prior art lacked substantial evidence," and the belief the board "misconstructed the claims."

VirnetX CEO and President Kendall Larsen claims "We are extremely pleased with the Federal Court's decision which vindicates many of VirnetX's arguments about the Patent Board's decisions." Larsen also notes the decision follows a similar ruling on June 28 relating to patent 7,418,504, where a finding against three "unpatentable" claims were also vacated.

The decision could have a considerable impact against Apple, depending on what the courts allow VirnetX to do. As the patents were previously not able to be used to sue Apple, there may be a possibility VirnetX may reattempt the legal action, though at the very least, it strengthens its case to claim the $439 million Apple was ordered to pay for patent infringement.

In January, Apple was denied an appeal on the verdict, but it has also petitioned the entire Federal Circuit to rehear a panel discussion, in the hope it the appeal denial could be reconsidered.
«123»