Apple to donate to Amazon rainforest preservation and restoration efforts

AppleInsider
Posted: August 26, 2019 9:43PM
in General Discussion edited August 2019
Apple plans to contribute funds to ongoing efforts in the Amazon, which continues to make headlines as a series of devastating wildfires and uncontrolled blazes wreak havoc in the world's largest tropical rainforest. 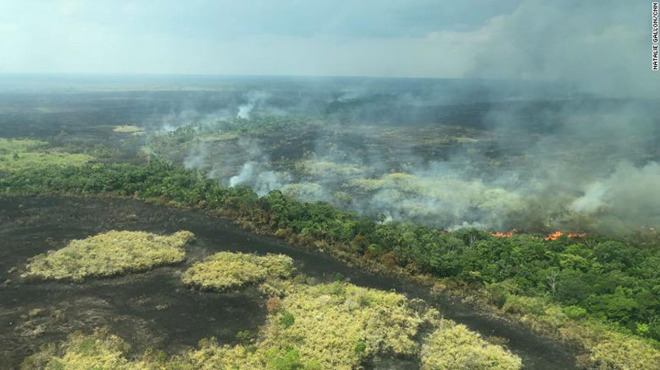 "It's devastating to see the fires and destruction ravaging the Amazon rainforest, one of the world's most important ecosystems. Apple will be donating to help preserve its biodiversity and restore the Amazon's indispensable forest across Latin America," Cook said in a tweet.

How Apple intends to assist remains unclear, though the company will likely donate funds directly to local non-profits or emergency service organizations working to fight the fires.

The Amazon is suffering from the highest number of recorded fires since at least 2013, according to Brazil's National Institute for Space Research (INPE). Nearly 80,000 separate incidents have been recorded across the rainforest, a large number of which threaten the highly populated Amazon Basin.

As reported by The New York Times, the INPE's statistics represent a 79 percent increase in fires from the same time in 2017. While fires naturally occur in some areas of the rainforest, humans are for the most part to blame for the Amazon's current condition.

Brazil's Ministry of Defense dispatched about 40,000 troops to the area, as well as two C-130 Hercules aircraft tasked with dousing the flames from above, DW reports.

Cook typically takes to Twitter to announce one-off Apple donations. In 2018, the executive announced $1 million contributions for victims of the Kerala floods in India, relief efforts following the Sulawesi earthquake and tsunami in Indonesia, and Red Cross activity after the California wild fires and Hurricane Florence.