AppleInsider
Posted: August 27, 2019 5:14PM
in General Discussion
Microsoft has alerted the press to an event that will likely see the unveiling of new Surface devices, similar to the event that took place in late 2018. 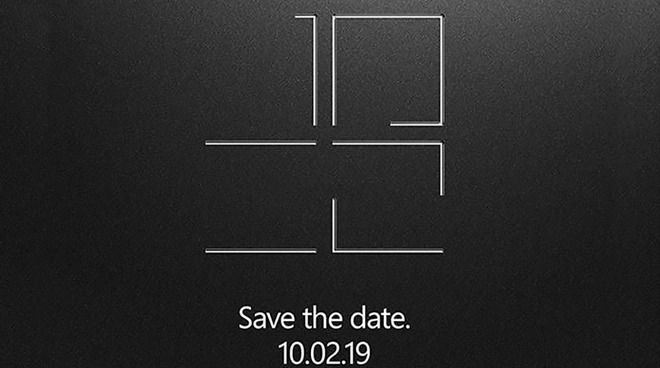 This year, Microsoft's fall event will take place on October 2 in New York City. The event invitation simply reads "Save the date," and features a stylized version of the Windows logo.

The Surface tablet line stands as some of the best Windows tablets to get, provided that you're in the market to get a Windows tablet. It's a solid device if you need something capable of running Windows 10, though won't dothe same things that your iPad is capable of.

The Surface laptop line doesn't shine quite as much as their tablet line, either. The high price point coupled with performance means many users may feel unsatisfied with their purchase. It only serves as a good alternative for those looking for a solid Windows-based 2-in-1 device and can afford to drop the $3,000. Otherwise, it's likely that users may want to pick up the more affordable 13-inch MacBook Pro. 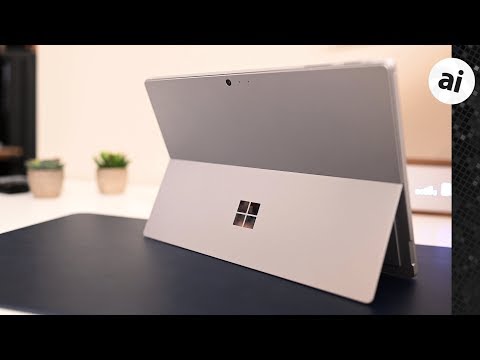 It will be interesting to see what devices Microsoft announces at the October event and how they'll stack up against Apple's anticipated new line of iPads expected to be announced at Apple's September event.

Apple has not as of yet announced the date of the September event, but it is predicted to be on September 10. It is similarly not yet known if Apple will have an October event like it did in 2018.