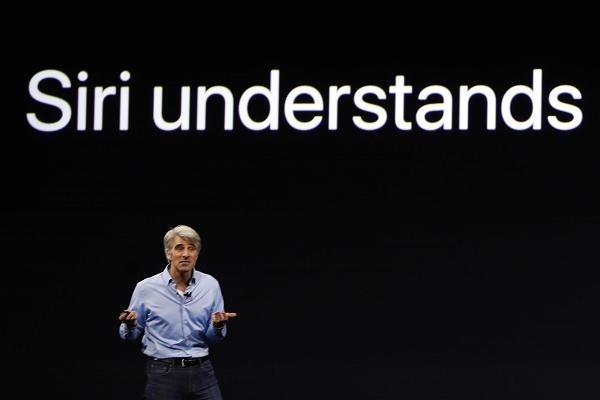 Beyond just its privacy page, Apple on Wednesday reiterated that Siri isn't used to build a marketing profile and any collected data is never sold. Apple says that is uses Siri data only to improve Siri, and is "constantly developing technologies to make Siri even more private."

The company shared more details about the grading process as well.

"Before we suspended grading, our process involved reviewing a small sample of audio from Siri requests -- less than 0.2 percent -- and their computer-generated transcripts, to measure how well Siri was responding and to improve its reliability," wrote Apple. "For example, did the user intend to wake Siri? Did Siri hear the request accurately? And did Siri respond appropriately to the request?"

Apple says that its internal review has resulted in a few changes. On July 28, a "whistleblower" who was allegedly a contractor for Apple, detailed a program that used voice recordings to improve the responses from Apple's voice assistant. The report said that a small team of contractors working for Apple, were tasked with determining if the Siri activation was accidental or on purpose, if it was a query within the range of Siri's capabilities, and whether Siri acted properly.

The main thrust of the report claims that Apple does not explicitly disclose to consumers that recordings are passed along to contractors -- but Apple does tell users that some queries are manually reviewed, and has since the release of the service. Despite the information having been public-facing for at least six iterations of iOS, the "whistleblower" advised that they were concerned over the lack of disclosure, especially considering the contents of some recordings containing "extremely sensitive personal information."

The nature of the information, sometimes unintentional and not part of the query, is wide-ranging, the whistleblower said.

The whistleblower went on to state there are many recordings "featuring private discussions between doctors and patients, business deals, seemingly criminal dealings, sexual encounters and so on. These recordings are accompanied by user data showing location, contact details, and app data."

Allegedly, there wasn't a procedure in place to deal with sensitive recordings, with the whistleblower stepping forward over the suggestion the data could be easily misused.

Wednesday's discussion by Apple also reminds users that as much as possible is done on the device, Siri uses as little data as possible to deliver an accurate result, and contents of Siri queries are not returned to Apple.

Furthermore, even before the announced changes, Apple's Siri used a random identifier -- a long string of letters and numbers associated with a single device -- to keep track of data while it's being processed, rather than tying it to your identity through your Apple ID or phone number -- a process that we believe is unique among the digital assistants in use today. For further protection, after six months, the device's data is disassociated from the random identifier.

Apple has also published a support page with frequently asked questions about Siri privacy and grading.
«12»