Apple looking at big expansion of HomeKit with Ultra Wideband

AppleInsider
Posted: September 26, 2019 12:09PM
in General Discussion edited March 2020
A future version of HomeKit could provide the ability to control items at a socket level depending on where the user is, with Apple investigating the possibility of making electrical outlets that can provide granular control of power to devices, as well as knowing the location of nearby smartphones, tablets, and other items. 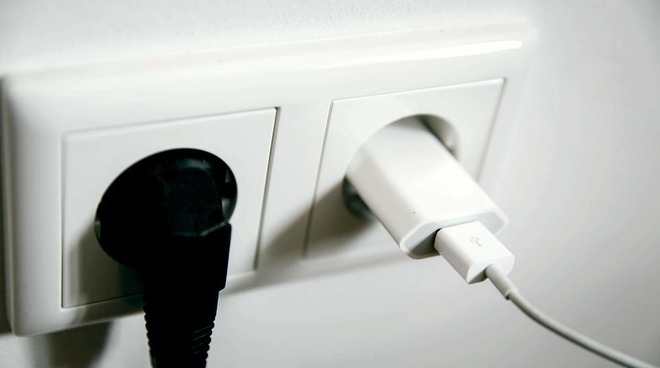 HomeKit relies on all of the devices connecting to a central network, but while it does provide some level of geolocational awareness in its settings, it isn't granular enough to function on a per-room basis. Being able to determine a finer position of the user within a building could enable more advanced features, such as turning on lights or fans in a room when the user enters it.

In a patent application published by the US Patent and Trademark Office on Thursday titled "Modular Wall Unit System," Apple seemingly intends to do just that, by taking advantage of the outlets, fixtures, and fittings within a home or building.

In Apple's proposal, the outlets include a power gating module that is controlled by processors, and is configured to couple electrical power from a main feed to items that are plugged in. This would enable the power to be turned on and off for the outlet from a remote command.

The outlet also houses a communications module, which is able to communicate with other host units within a building, giving it a method to receive commands, and to send data back. This can range from power usage data to acknowledging the plugging in of a device.

The outlet could also have multiple other additional components, such as a self-orientation module that uses a multi-antenna array to communicate with multiple host units to calculate the phase angle of arrival of communications data, a magnetometer operating as a compass, and an accelerometer for detecting orientation.

By using these components, it can allow the central system of the building to be able to produce a floor plan, and to determine roughly where each outlet is in relation to each other, potentially grouping them into rooms for mass-control purposes.

The application also proposes the use of other technologies to determine location and angle for the outlet from others and hosts, including radar, IEEE 802 communication protocols, ultrasonic methods, and the use of Ultra Wideband (UWB) radio.

The use of Ultra Wideband is interesting, as the U1 Ultra Wideband chip in the iPhone 11 and iPhone 11 Pro family allows the technology to be used for short-range and low-power purposes. In Apple's case, it is likely to be used to identify AirDrop recipients, but the ability to detect the direction of a signal and estimate a range allows it to be potentially more accurate than other existing methods, like Bluetooth.

Adding UWB to an outlet could not only allow outlets to communicate with each other and determine their location in 3D space, but also to pick up on the presence of nearby iPhones, enabling the aforementioned granular in-home geolocation functionality.

The wall unit does not necessarily have to be an electrical outlet. Apple suggests an element inserted into the wall cavity could include light switches, temperature controls, and other buttons that have the same sensors, and connect to the same network.

Apple files numerous patent applications on a weekly basis, but while it demonstrates areas of interest for the iPhone producer, it isn't a guarantee future products and services will use the concepts at all.