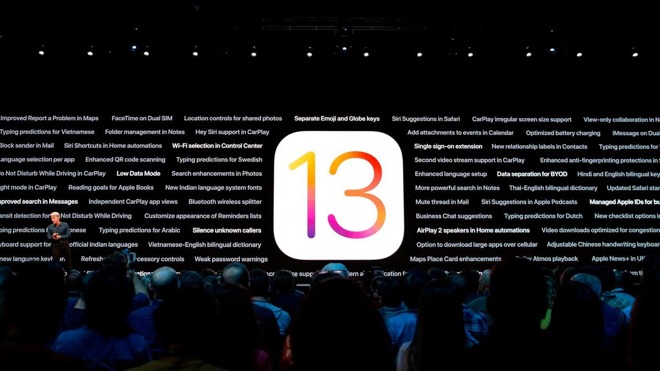 The update follows hot on the heels of iOS 13.1.1, which was released on Friday to deal with a keyboard security issue and some other flaws. Monday's update deals with an issue with the flashlight, a bug that could result in the loss of display calibration data, a Bluetooth disconnect problem, and an iCloud Backup issue.

The update to iPadOS 13.1.2 lists two fixes. The same iCloud backup issue is listed, and HomePod Shortcuts problems have been dealt with.

Apple's watchOS 6.0.1 update resolves an issue where Disney's Mickey Mouse and Minnie Mouse watch face don't speak the time, fixes an issue where the calendar complication may not display events, and also deals with the potential loss of display calibration data.

Users can update to the latest iOS and iPadOS release by entering the Settings app, selecting General, Software Update, and selecting to install the update. If users have automatic updates available, this will streamline the process for them.
«123»