AppleInsider
Posted: October 12, 2019 2:15PM
in macOS edited February 2020
Users are reporting issues with the loss of data in Apple's Mail app following the update to macOS 10.15 Catalina, an issue that could lead to the data being made unavailable on other clients that access the same mailboxes. 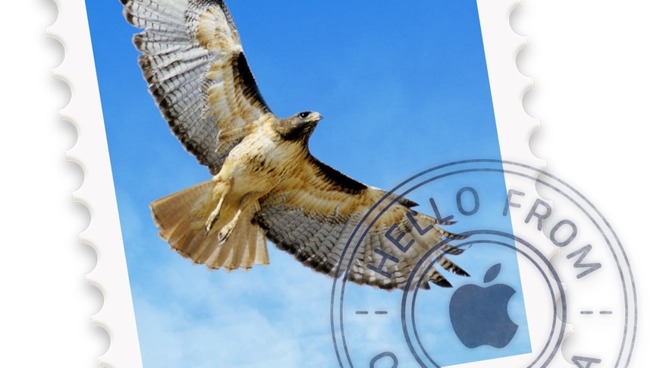 The recent release of macOS Catalinaversion10.15 on Monday has, as with any major operating system update, been followed by reports from users of issues with some aspects of the software. In the case of macOS Catalina, arguably the biggest issues revolve around the Mail app.

In a blog post by SpamSieve plug-in developer Michael Tsai, Mail is seen to be causing problems when users upgrade, with the data store's update seemingly succeeding, but missing messages or holding incomplete versions.

In some cases, moving messages between mailboxes can result in a blank message containing just header data. If the message was moved to a server mailbox, other devices that access that mailbox may see the message as deleted. Furthermore, when this change synchronizes back to the initial Mac that triggers the chain of updates, the message disappears completely.

Tsai warns users to hold off from updating to Catalina for now if they rely on Mail. For those who upgraded, they may not notice there is a problem unless they look at the mailbox or affected messages, while the synchronization of data with a server can propagate the issue to other Mac or iOS devices.

Backing up data from Mail is also difficult, Tsai advises, as despite setting the preference to do so, Mail "no longer automatically fully downloads all messages," meaning a local data backup may be incomplete. The constantly changing nature of Mail data also makes restoring a backup difficult, due to the need to merge restored messages with new ones, along with live server data.

The issue is exacerbated by Apple advisors allegedly telling users Mail data lost in Catalina cannot be recovered using a backup from Mojave. According to Tsai, Time Machine can be used as normal to access previous versions of folders in Mail's data store, then using the Import Mailboxes command to selectively import them as new local mailboxes that won't affect messages on the server.

Apple will likely be issuing a fix for Mail in a future update, possibly in an early patch that typically arrives to correct bugs shortly after an OS release.