AppleInsider
Posted: October 21, 2019 12:41PM
in General Discussion
'Battlestar Galactica' creator Ron Moore has planned out seven seasons for 'For All Mankind,' and revealed why he chose to rewrite NASA history for it. 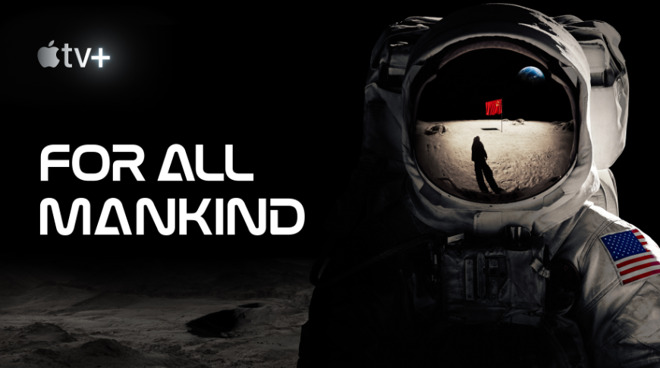 The real start of Apple TV+ as a serious venture for Apple can be traced back to the hiring of Jamie Erlicht and Zack Van Amburg as heads of video programming in 2017. Once these ex-Sony TV executives were in post, they say that one of their first phone calls was to "Battlestar Galactica" and "Outlander" creator Ronald D Moore.

According to Wired, Van Amburg talked with Moore about doing a drama about 1970s NASA as far back as 2014 and revived the conversation once he got to Apple.

"I still think about that NASA-in-the-70s idea," Van Amburg reports telling Moore. "What do you think about doing a "Mad Men" sort of thing?"

Moore says that he liked the idea, but that it had a serious flaw if it were to work as a drama series.

"The Apollo missions were over [by the 1970s]," he says. "There was this broken-dream quality to it, and that's not a heroic adventure. It's a sad story of declining ambition."

Moore suggested an alternative history version instead, bolstered by conversations with real-life astronaut Garrett Reisman, now director of space operations at Space X. It was Reisman who told Moore about how close Russia had come to being first on the moon, and Moore says that was the start of the show.

Moore and a team of writers spent two months plotting out ten episodes of what would become called "For All Mankind," covering 1969 to 1974. The team took historical reality and applied this one change to it all.

For instance, the Soviets beating the US to the moon would've led to Congressional hearings and ones that senator Ted Kennedy would've attended in 1969. That one change means Kennedy doesn't go to Chappaquiddick and he does run opposite Nixon in 1972.

All of this detail was present when Moore formally pitched the show to Apple executives.

"The level of detail was overwhelming," says Jamie Erlicht. "Every aspect of the butterfly effect that would happen from the slightest change in that event."

"It's an aspirational show," says Moore. "It says, 'Wouldn't this have made us a better country and a better world if we had done all these things?' Not just more Apollo missions, but the way we treated one another as human beings."

There have been reports of creative differences between Apple and various producers of its other Apple TV+ shows, but Van Amburg says that the aim in every case is to make the best series possible.

The first three episodes of "For All Mankind" will be released as part of the launch of Apple TV+ on November 1. A second season has already been ordered.
«123»