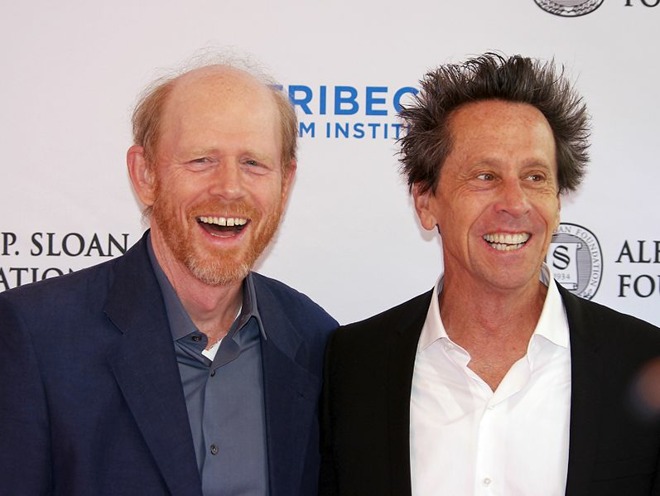 Back in early 2017, AppleInsider reported on the news that Apple had seemingly been talking with multiple Hollywood companies ahead of what we now know would become Apple TV+. Those studios appeared to include Sony, Paramount, and the smaller independent firm, Imagine Entertainment, co-founded by actor/director Ron Howard. Now Bloomberg confirms the discussions and says that Imagine came close to being bought.

Tim [Cook], a Happy Days fan, made a surprise appearance to see Howard, who played Richie Cunningham on the 1970s sitcom. But Grazer and Howard eventually bailed after deciding they didn't want to be employees of a large company, according to people familiar with the negotiation.

According to Bloomberg, it was only after the deal with Imagine Entertainment fell apart, that Apple hired Sony's Zack Van Amburg and Jamie Erlicht later in 2017.

It was these two who offered executive producers Jennifer Aniston and Reese Witherspoon a deal to make "The Morning Show." Through Van Amburg and Erlicht, Apple offered not only a $250 million budget including $1 million per episode for both Aniston and Witherspoon, but a commitment to make two seasons without first shooting a pilot.

Then the same pair commissioned Ronald D Moore to make "For All Mankind."

According to Bloomberg, unnamed executives working across Apple TV+ shows have complained about how Van Amburg and Erlicht use Apple-style codenames and require nondisclosure agreements.

The melding of Apple and television has therefore not always gone smoothly, and Bloomberg quotes Van Amburg and Erlicht as acknowledging this.

At Apple's first Hollywood premiere, in October, Van Amburg and Erlicht addressed the sense of whiplash head-on. "Zack and I knew how to create a premium, high-quality, great show," Erlicht said.

"What, in retrospect, we didn't know how to do was create from scratch a premium service at Apple."

While Apple failed to buy Imagine Entertainment, it has since signed a first-look deal with the company to see its documentary projects.