If you updated your HomePod to 13.2, do not reset it or remove it from the Home app

AppleInsider
Posted: October 29, 2019 10:11AM
in iPod + iTunes + AppleTV edited October 2019
Apple has withdrawn the HomePod 13.2 update. If you've had a successful update, you're fine -- but do not reset the HomePod, nor remove it from the Home app, or you're going to have a problem that will require service. 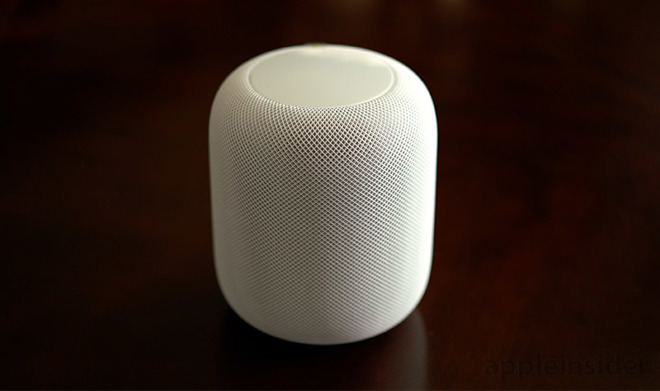 Apple retracted the HomePod 13.2 update at some point on Monday evening. The retraction was following reports of long updates, with users resetting the HomePod to try and restart the process.

Unfortunately, this results in a non-functional HomePod, stuck in a boot loop. The only resort for this is to contact Apple support, and make an appointment at the Genius Bar, or mail the device in. It isn't yet clear if venues other than Apple itself can fix a bricked HomePod, and we're trying to find out.

Specifically, Apple provides this advice in a newly-updated support document, that details how to reset your HomePod. Leading the article is the admonishment, specifically telling users not to reset at 13.2 HomePod.

"If your HomePod is running iOS 13.2, don't follow these steps," Apple says. "If you've already reset or removed your HomePod from the Home app, contact Apple Support."

Based on early feedback from service departments that AppleInsider was able to contact on Tuesday morning, so far the problem seems fairly small, and limited to a small percentage of users that were seeing the long update time and reset. Based on use patterns we've seen, most HomePod users don't have automatic updates enabled, so this may in fact be a limited problem -- but we'll see.

Saying it's a small percentage is fine, but that's not helpful to the folks impacted. We'll update this post when we see signs of the new update.

Almost two years ago now, we said that Apple's software problems didn't need a drastic fix. We're starting to re-think that, because while there may be a problem now and again with a firmware update, there shouldn't ever be a mass-bricking from it.