AppleInsider
Posted: November 13, 2019 6:39PM
in Current Mac Hardware edited June 2020
AMD has revealed the specifications of the new Radeon Pro 5000M-series GPU options available in the just-launched 16-inch MacBook Pro, with the Radeon Pro 5300M and 5500M offering better graphics performance and an option for up to 8GB of GDDR6 VRAM. 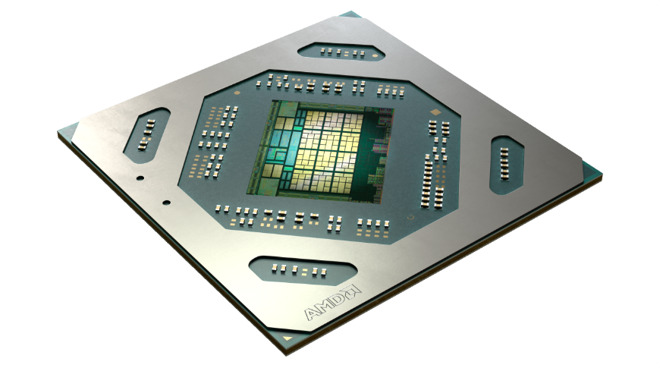 Introduced as part of Apple's launch of the 16-inch MacBook Pro, the Radeon Pro 5000M-series graphics processing units offer a significant bump in performance compared to the previous options available for the 15-inch MacBook Pro.

The Radeon Pro 5000M series is made using AMD's new RDNA architecture, as seen in its graphics cards, and are billed as the first discrete mobile GPUs that are made using a 7-nanometer process. The use of GDDR6 enables up to 192 gigabytes per second of memory bandwidth, twice that of GDDR5, though only the 5500M can use 8GB of the memory while the 5300M is limited to 4GB.

In a comparison of the highest-performing GPUs for each, consisting of the Vega 20 with 4GB of VRAM against the 8GB Radeon Pro 5500M, Apple claims there is an 80-percent increase of graphical performance for the 16-inch MacBook Pro's GPU. Effects rendering for color grading in DaVinci Resolve is 1.8 times faster in the new model over the previous one, while 1.6-times faster performance is touted for "Fortnite."