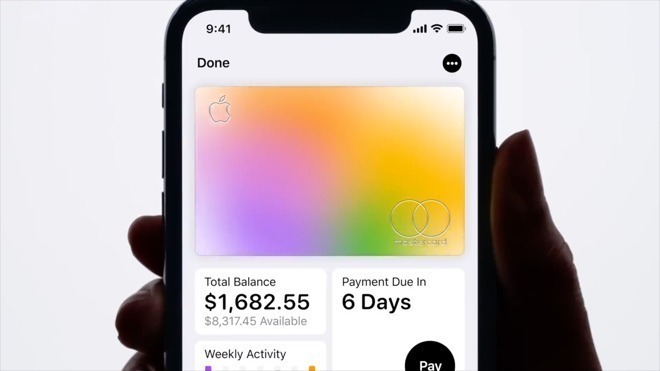 David Rafalovsky, chief technology officer of Russia's state-owned bank Sberbank, says that there is little special about Apple Card or any other credit card. Speaking on a panel at CNBC's East Tech West event in Guangzhou, China, he described it as being solely a regular card with an accompanying digital wallet.

As originally reported, Rafalovsky was said to be dismissive of new features such as the way Apple Card lacks fees. However, he has since contacted AppleInsider to say that he made no such comments and is concerned only with fostering a discussion about what he called "true innovation in Financial Services, may of which are driven by great Apple technology."

Rafalovsky told us he believes Apple Card is a great credit card with great features, but that in the end, it is still a regular credit card.

During the original CNBC panel, he talked about a lack of anything genuinely new in this field. "[I challenge anyone] to give me an example of great, ground-breaking innovation in consumer banking," he said.

He was also making the point that all banks are currently working in the same way. "[They are] all investing, more or less, in the same ingredients," he said.

Regarding how Apple Card is presented by Apple but actually provided by Goldman Sachs, he said that he wondered how traditional banks are going to fare in the future. Rafalovsky argued that banks now need to use voice, that they should adopt voice technology, but that there may ultimately be a problem for them. 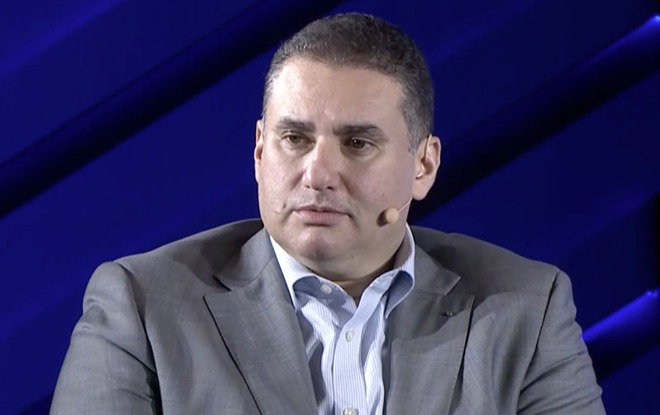 He talked about all the assistants such as Siri and Google Home, but for an example, picked Alexa.

"If you're a bank," he said in a panel about what are called fintechs, companies that focus on financial technology, "there is absolutely no tactical reason not to build a voice application, a skill, to become one of the thousands or tens of thousands of skills in the Alexa ecosystem."

"But from a consumer point of view, when you say 'Alexa, transfer $100 from account A to account B,' who are you interfacing with?" he continued. "Who do you have emotional attachment with? Who do you think you are transacting with? Is it the bank who provides that actual transaction service, or Alexa because this is the assistant name you used?"

"Will [banks] retreat and become a back-end to fintechs and large tech companies with a huge install base and user-base? Or they will actually innovate in their own right and drive product innovation on par, if not better, than the big tech companies," he continued.

He says that his own bank, Russia's largest, is diversifying away from solely finance into, for instance, investing in a food delivery service. "The growth of non-financial products overall dramatically exceeds financial products," Rafalovsky said. "I think many financial companies -- not all -- will do it exceedingly well and I suspect, and I certainly hope, that the Russian market will be used as an example of how financial companies can innovate."

Currently, Apple is the prime example of a technology company providing a front-end to a bank, although Siri does not yet include Apple Card shortcuts. However, according to CNBC, Google has said that it plans to move into providing checking accounts next year.

The company already offers a Google Pay service, but in a project codenamed Cache, Google intends to partner with firms such as Citigroup to offer more financial services.

"We're exploring how we can partner with banks and credit unions in the US to offer smart checking accounts through Google Pay," a spokesperson told CNBC in a statement, "helping their customers benefit from useful insights and budgeting tools, while keeping their money in an FDIC or NCUA-insured account."

Apple Card was launched in the US on August 20 this year, and Goldman Sachs described it as the "most successful credit card launch ever."

Updated: 11:45 ET: David Rafalovsky emailed AppleInsider to clarify and correct the interpretation we got from CNBC's coverage that he was criticising Apple Card.
«12»