AppleInsider
Posted: December 30, 2019 4:57PM
in General Discussion
A brief mention in an unspecified Apple product database has sparked speculation that a PRODUCT(RED) version of the Apple Watch may soon be released. 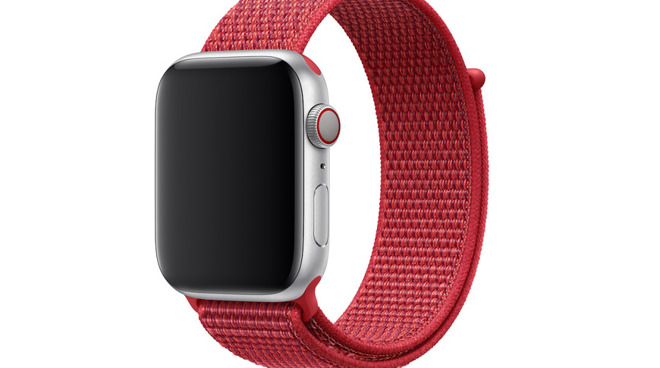 Apple has previously released a PRODUCT(RED) sports band, but not an Apple Watch

The claim comes from French publication WatchGeneration which does repeatedly stress that most of its information is speculation -- but not all.

According to the publication, a mention was found in an unspecified Apple database but was subsequently removed. The mention was apparently a reference number that was different to other PRODUCT(RED) items that WatchGeneration refers to as "bracelets," or bands.

The site also says that it believes the specific color would be close to that of the iPod touch, which got a PRODUCT(RED) version in May 2019.

PRODUCT(RED) is a partnership between (RED) and companies ranging from Apple to Nike, all of whom are raising awareness and funds for the treatment of HIV/AIDS. Up to half of the profits from a PRODUCT(RED) item are donated to the project. Apple says it has donated over $220 million since the project began 13 years ago.