AppleInsider
Posted: January 11, 2020 6:34PM
in Future Apple Hardware edited January 2020
Apple's efforts to improve its recycling has an end goal of becoming a "closed-loop" manufacturer in the future, an extremely difficult goal to accomplish, and one that would end the need to mine for new materials if achieved by the iPhone maker. 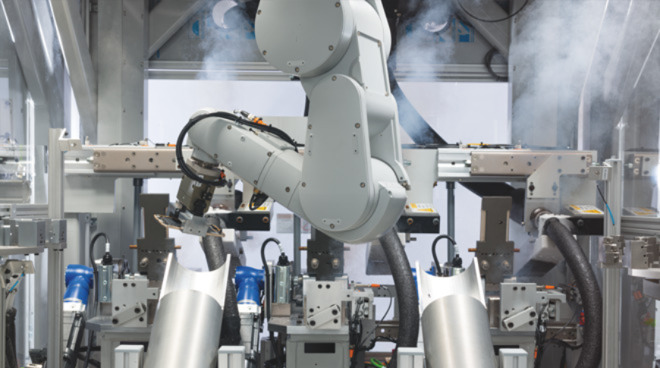 The Cupertino-based company has spent many years trying to be as ecologically conscious as possible in many different areas. However, efforts in manufacturing could be further improved by increasing Apple's usage of recycled materials in its products.

One example of this is the use of completely recycled aluminum in the 2018 MacBook Air and Mac mini.

The Daisy recycling robot is part of the plan to close the loop, with the machine used to recoup 14 materials from old iPhones including aluminum, tin, cobalt, and rare earths. Up to 200 iPhones per hour can be disassembled by Daisy, with components freed by the process sent off to recyclers for further extraction and refinement.

Lisa Jackson, Apple's head of environment, policy, and social initiatives, told the report the iPhone was the first product selected for Daisy disassembly due to its mass popularity. Indeed, the recycling efforts have led Apple to consider sharing some of the technology used for Daisy with other companies, including those producing electric vehicles.

Despite the ecological effort, critics of the scheme claim it is more a publicity stunt than a serious effort. Device repair outfit iFixit chief executive suggests "There's this ego that believes they can get all their minerals back, and it's not possible."

International Council on Mining and Metals trade group president Tom Butler also believes Apple is in an "enviable position" because it is able to perform such large-scale recycling efforts. "Not everyone else will be able to follow suit."

With the rise of electric vehicles, mining executives insist the need to acquire new materials at a larger scale is inevitable, something not lost on Apple. "We're not necessarily competing with the folks who mine," Jackson proposes. "There's nothing for miners to fear in this development."
«123»