AppleInsider
Posted: February 8, 2020 6:24PM
in Mac Software
Wacom has responded to allegations drivers for its tablet line are collecting data on its users and passing it on to Google, including the names of macOS applications being used, by claiming it has no access to personal data and what data it collects is anonymized before it is seen by the company. 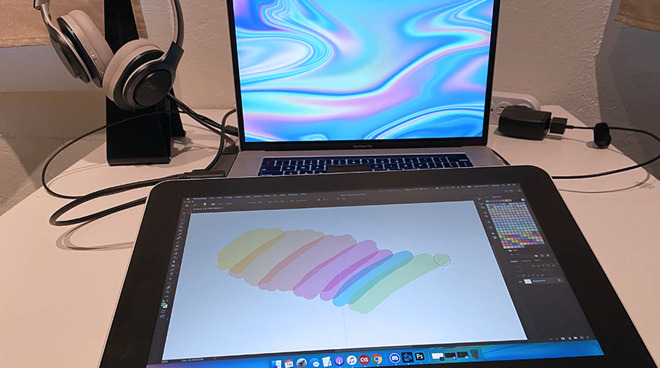 Over the last week, Wacom has been under fire from critics following the discovery its drivers collects data for analysis. On Wednesday, developer Robert Heaton published his research on the drivers, performed after discovering Wacom requires users to accept a privacy policy to install drivers for its tablets.

The privacy policy itself mentioned the sending of data to Google Analytics, including "aggregate usage data, technical session information, and information about the hardware device." Examination of the data it sends includes some standard stuff including details of when the driver started or was shut down, but also when applications are opened, including the name of the software and what appeared to be a unique identifier to that driver installation.

In its response, Wacom understands "user concerns" over the data that is sent out as part of its Wacom Experience Program. The company is quick to highlight how it is an optional part of the installation that doesn't affect how the drivers function if it is declined, something that was pointed out in the original research.

"We apologize for any confusion regarding data collection being done by the Wacom software driver," the firm states, "and the unclarity about the actual information collected."

Wacom claims it collects data "for quality insurance and development purposes only," with the driver collecting a "sample of information" such as the model, hardware usage, and the names of apps. The company does not collect MAC addresses nor serial numbers.

While data is collected through Google Analytics, while Google does collect the IP address, Wacom does not have access to that data. Google Analytics is also said to anonymize the data before Wacom receives it.

As for how the data is interpreted, Wacom's development and customer care teams can "review across all aggregated users of a product," such as the most common function settings for pen buttons or the most frequently viewed tabs in Wacom apps.

"We ave no access to personal data," the statement continues. "We cannot relate to any specific users as the data is anonymized and aggregated. We do not know who users are as individuals and cannot see what users are creating or doing in third-party software applications."

Wacom then underlines the response by declaring it is "committed to protect the privacy of its users, partners, and customers across all touch points."

The harvesting of consumer data has become a big issue over time, as companies attempt to earn more money from each user by collecting valuable data for sale to other firms.

In one recent example, antivirus firm Avast was found to be collecting data on its users and selling it on to marketing firms. In the case of one marketing firm, it paid Avast over $2 million for access to an "insight feed" which included URL strings and demographic data.