Apple event rumored for March 31, date is little more than an educated guess

AppleInsider
Posted: February 17, 2020 8:52PM
in iPhone edited February 2020
An Apple media event said to feature the "iPhone SE 2"is rumored to take place at the end of March -- but the rumor offers nothing to substantiate it, making it nothing more than an educated guess. 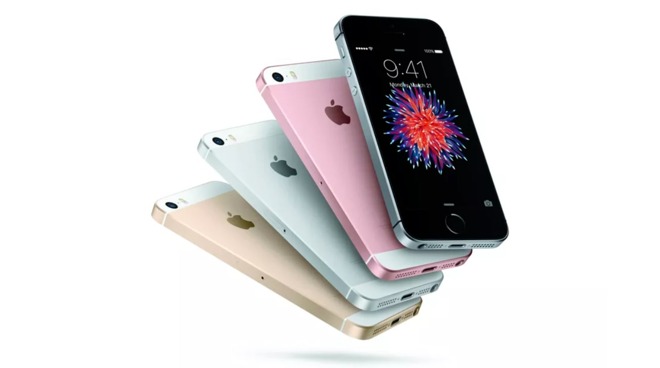 Apple has held a special event in March in four of the last five years, and as the end of February gets closer, reports speculating on the existence of another such event start to circulate. Given the expectations that Apple will be launching some form of new device sometime in the spring, it's to be expected some reports have started to emerge a month away from when it could take place.

According to german blog iPhone-Ticker, Apple will be holding an event at the end of March, with the successor to the iPhone SE likely to be made available in the first week of April. It is believed there will be a press event on Tuesday, March 31, with an announced "iPhone SE 2" expected for release the following Friday, April 3.

The site does not have any known track record for rumors or speculation at this time, but claims it has got this information "directly from the Apple environment," and the publication has "no reason to doubt the reliability." At this time, in lieu of any other credible sourcing, history of rumor reporting, or reports from elsewhere, AppleInsider warns the information is unreliable, but is certainly in the ballpark of an educated guess.

For most of the March events over those five years, hardware did feature in some form for each. In 2015, it was the Apple Watch and a MacBook redesign, 2016 saw launches of the 9.7-inch iPad Pro and the iPhone SE, and 2018 featured the 2018 iPad.

The event does not necessarily always have to include hardware, as with the Apple News , Apple Card, Apple Arcade, and Apple TV launches in 2019. There was no March event in 2017.

Given the current situation for the coronavirus, Apple may also consider delaying or rethinking holding such an event in the first place. The epidemic is also causing issues with Apple's manufacturing capabilities, which could cause a further delay for any potential product launches made at the event.

If Apple is to hold a special event in late March, there is already a roster of potential products it could reveal to the media at that time.

Top of the list is that Apple will bring out an "iPhone SE 2," which would in theory offer a low-cost iPhone in a compact frame, one that could borrow design language from an older model. A 4.7-inch display, an A13 processor, 3GB of RAM, and the use of Touch ID have been mooted for the model, along with a glass back and wireless charging, depending on the rumor.

An updated iPad Pro is also possibly on the cards, with 11-inch and 12.9-inch models having specification increases and retain the same features and design as the current-generation versions.

There has also been the recent rumor of the "AirPods Pro Lite," a more wallet-friendly version of the AirPods Pro.