AppleInsider
Posted: February 18, 2020 3:18PM
in Future Apple Hardware
A future version of the Apple Pencil could include a system that can provide vibrations to the user's fingertips while grasping the stylus, and may also be able to detect how the user is gripping the device. 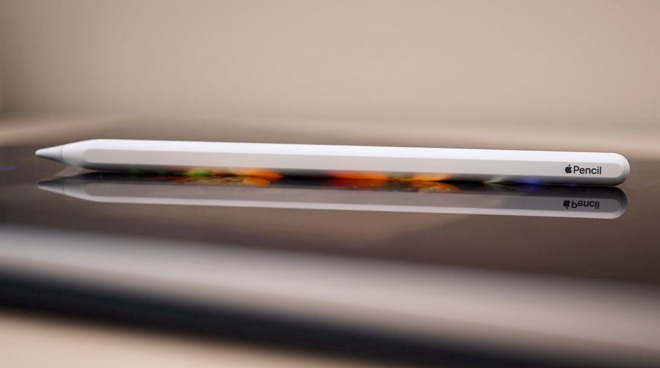 Haptic feedback has been a missing element from the stylus, one that is present in many other everyday devices and gadgets. Vibrations provide a physical, sensation-based alerting system that can be detected without needing to hear or see it, making it useful for wearable devices like the Apple Watch as well as in smartphones.

However, while haptic feedback hasn't been used in a stylus in a major way, part of the issue stems from a desirability for the user to maintain total control over the stylus. Vibrations or extra movements applied without consideration could cause the stylus to move, potentially ruining a line in a drawing the user is producing.

At the same time, the Apple Pencil is a very small device with little room for extra hardware to be included inside its housing. Given the addition of a motor-based haptic feedback system, there would be barely any other room for other functions, such as sensors to detect the user's grip of the stylus, a data point that would help the stylus offer the appropriate haptic feedback with minimal disruption.

In a patent granted by the USPTO to Apple on Tuesday titled "Touch-based input device with haptic feedback," the filing details how a system could be used to perform two jobs: providing haptic feedback to the user, while also being able to read force measurements from the user's grip.

An exaggerated view of how a piezoelectric element could press out for haptic feedback, and could press in to detect force

Apple's proposal involves the use of a piezoelectric device attached to the inside of the housing, one that would be connected to the user grip region of the housing. The grip section would be deformable, both inwards and outwards, allowing it to be used for providing information to the user as well as taking in grip data.

The piezoelectric device would theoretically push out the housing in the grip region when it needs to alert the user via haptic feedback. Rather than vibrating and disturbing the position, the movement could rely on how the sense of touch can detect subtle movements, so only a small deformity would be required to pass along the message to the user.

In Apple's proposal, there could be multiple piezoelectric devices around the circumference, enabling it to provide haptic feedback in multiple different positions, including variations in the way the stylus is being held by the user.

At the same time, the piezoelectric devices will be able to read the amount of force being exerted back onto it by the user's hand. This can help tell the system how the user is actually gripping the stylus, giving it a better idea of determining which areas to deform to pass along the haptic message without disturbing a drawing motion. 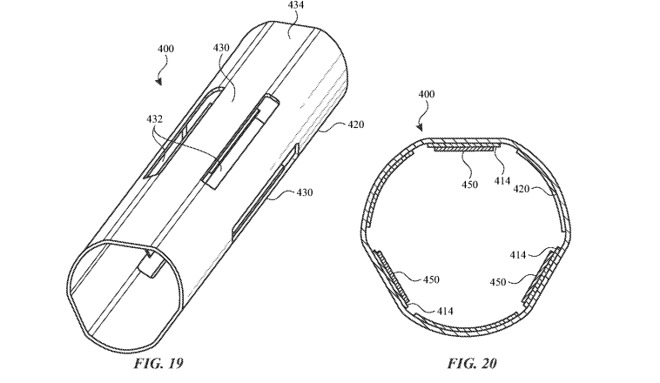 It would be reasonable to assume the force detection would also enable other actions, such as taps or squeezing to trigger functions.

Ultimately, Apple suggests the haptic feedback would allow for the user to be alerted to interface elements, such as the edges of buttons in an app, the presence of icons, or areas a user could write or draw within.

Apple files numerous patent filings on a weekly basis, though while the existence of a patent does not guarantee it will appear in a future product or service, it does inform of where Apple is focusing its research and development efforts.

Of the inventors, Gao is notable as being a senior product design manager for Apple for over three years of his nine-year tenure at the company, working on many peripherals before moving to a similar role at Tesla in 2016.

Continued work on the Apple Pencil and haptics

This is not the first time Apple has considered adding some form of haptic feedback to the Apple Pencil. In December, it proposed using sensors and haptics in the tip of a stylus to better simulate the feel of paper when being used.

Another from January for "Stylus with shear force feedback" offered the concept of using a shear force close to the user's fingertips in such a way that the sensation is felt, but the movement of the Apple Pencil is negated.

There is also the January filing for "Touch-based input for stylus" that suggests the Apple Pencil could potentially be able to detect a swipe and other gestures on the stylus body itself, with the aid of a "low-profile" sensor.