AppleInsider
Posted: March 11, 2020 3:50PM
in General Discussion edited June 2020
Logitech has launched a new line of wireless charging devices under the Powered brand, including the Wireless Charging 3-in-1 Dock that is capable of charging an iPhone, AirPods, and an Apple Watch at the same time. 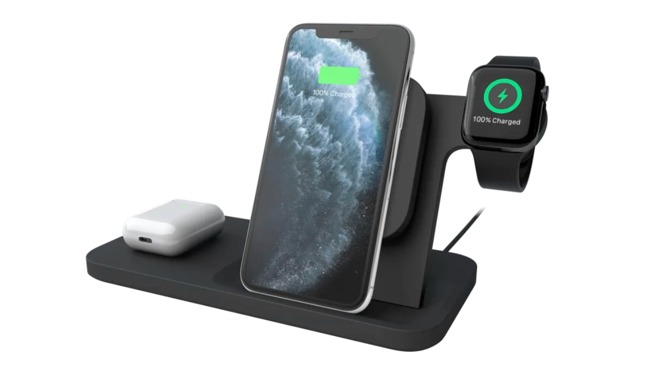 Launched on Wednesday, the Powered range consists of three wireless charging points with varying features. All are Qi-certified accessories, which means they will all work with iPhones that have wireless charging capabilities, as well as similar smartphones from other manufacturers.

The Powered Wireless Charging 3-in-1 Dock is the main attraction, capable of recharging the most items simultaneously. Consisting of a vertical stand for the iPhone itself, which provides power at up to 7.5 watts, the dock includes a space to the left that can recharge an AirPods or AirPods Pro wireless charging case, as well as another element to the right that can recharge an Apple Watch. 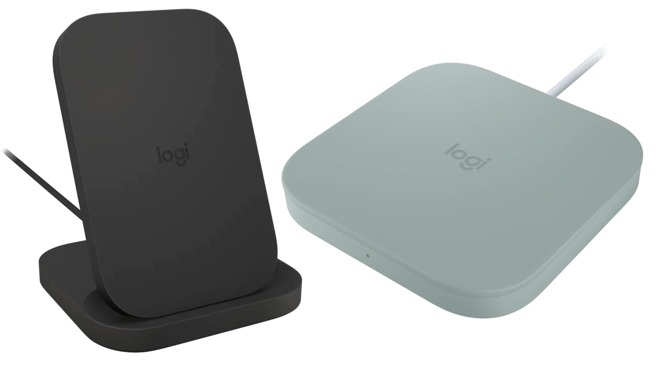 The Powered Stand is a vertical wireless charging station for an iPhone, capable of delivering 7.5 watts to an iPhone, or up to 9 watts for compatible devices. Using a three-coil design, the vertical stand can also be used to recharge the AirPods case, at 5 watts.

All of the models include heat management systems, using a combination of algorithms and internal heat sensors, to ensure there is no overheating taking place while devices recharge. The entire range is available in graphite and white color options, with the Powered Pad also offered in lilac and blue sage.