AppleInsider
Posted: March 15, 2020 7:19PM
in General Discussion edited December 2020
Geekbench scores that may be for the next iPhone processor, the "A14," have surfaced online, and show massive jumps in multi-core performance and speed. 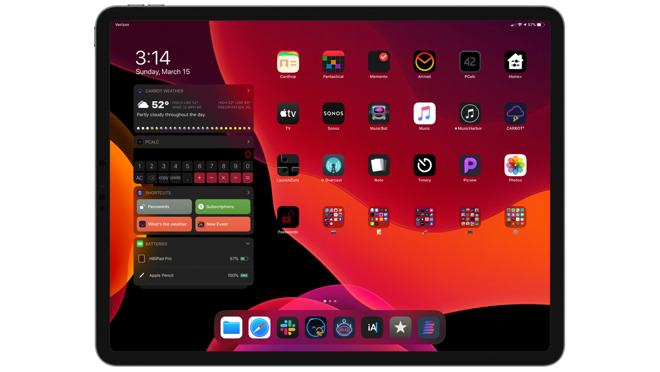 Apple improves on their A-series processors every year for each new iPhone release, so a successor to the current iPhone 11 A13 chipset is expected in the fall of 2020. Each year as the iPhone flagship release approaches, benchmark scores for said to be from the new processor in the device start to populate popular benchmark tools, like Geekbench.

It is expected that the "iPhone 12" will have improved performance, and these scores show massive gains year-over-year. Apple has been seeing huge gains in their chipsets despite the rest of the industry hitting a bit of a performance wall.

New Geekbench testing, discovered by AppleInsider purporting to be from the A14 processor shows the first A-series processor to cross the 3.0 GHz mark.

Single core performance of the device shows a 1658 score, with a 4612 multi-core score. This indicates a huge gain in its overall performance and will make multitasking and navigating apps smoother than ever.

Apple is also rumored to be developing an ARM Mac that could debut as early as this winter. A chip derived from the A14 would make for a good base laptop processor as well, but performance this high would also be beneficial for complex tasks like AR rendering or better image processing in a phone.