Apple TV+ Review: 'The Banker' is a well-mounted historical tale 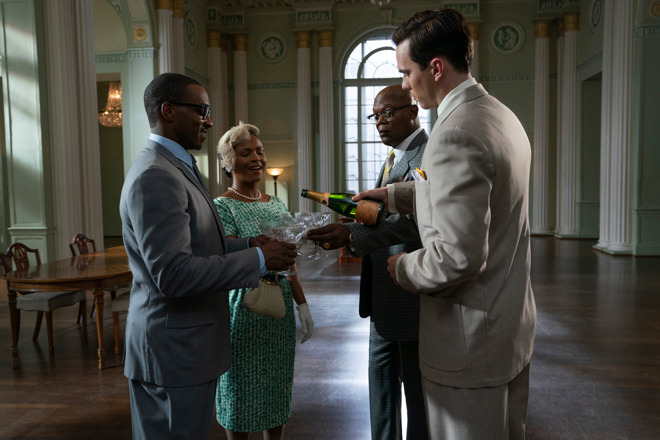 If there's such a thing as a cursed movie, The Banker would appear to be just that.

The film, a star-studded prestige drama about two black men who established a small banking empire in the '50s and '60s, had its distribution rights acquired by Apple in the summer of 2019. The acquisition was made with an eye towards a streaming future on the then soon-to-launch Apple TV+, along with a late-2019 theatrical release that would give it an outside shot at awards season consideration.

Then, last November, about 24 hours before The Banker was set to premiere at the AFI Fest, the film's debut was abruptly cancelled, upon news that the half-sister of Bernard Garrett Jr., a producer of the film and the son of one of its subjects, was accusing Garrett of sexual abuse.

The controversy scuttled the film's release and pushed the film out of awards season. Then, in January, two different ex-wives of the elder Garrett made a public request of Apple to not release the film.

The Banker was eventually re-scheduled for a two-week theatrical release beginning on March 6, to be followed by a March 20 streaming release, with Garrett Jr. removed from the credits and from profit participation. But then the theatrical bow, of course, ran directly into the coronavirus pandemic, which closed the majority of the nation's movie theaters. The film made so small a dent at the domestic box office that it doesn't even have a page on the box office analysis site Box Office Mojo. 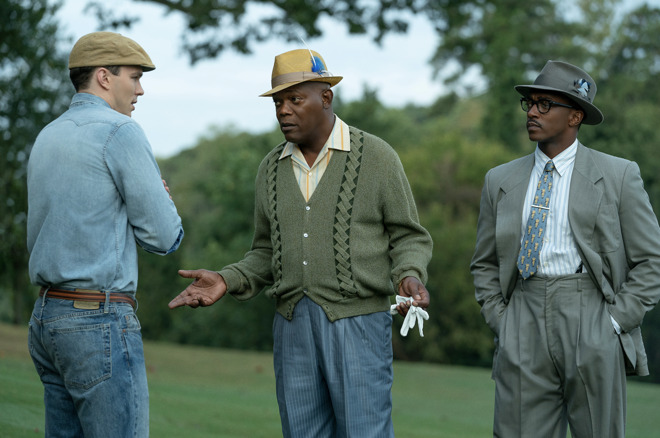 Now, The Banker has finally arrived on Apple TV+. And it turns out the film is a fine dramatic effort that combines elements of the fact-based civil rights genre with the feel of a heist movie. With much of North America quarantined in their homes and looking for entertainment, The Banker has a chance to get some significant viewership.

The Banker debuts as just the third feature film of the Apple TV+ era, after the nature documentary The Elephant Queen and the family drama Hala, which arrived in the service's earliest days. But The Banker has prestige elements, as well as star power, that those earlier efforts lacked.

Directed by George Nolfi, best known as the director of the 2011 Matt Damon thriller The Adjustment Bureau and the 2016 Bruce Lee biopic Birth of the Dragon, the film stars Samuel L. Jackson and Anthony Mackie, a pair of prominent actors who, among much other work, are mainstays of the Marvel Cinematic Universe.

Nick Fury and the Falcon 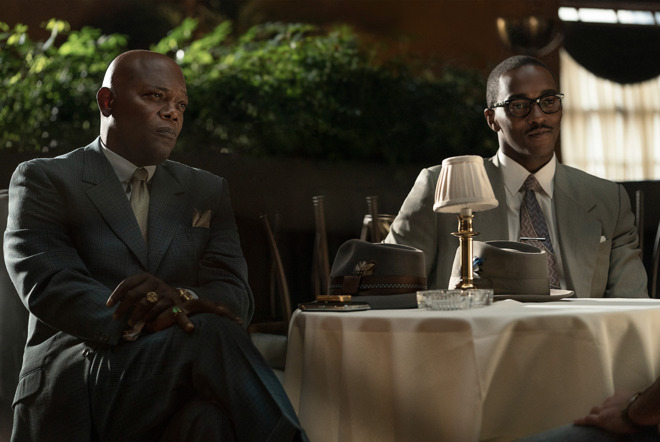 The film stars Jackson and Mackie as Bernard Garrett and Joe Morris, a pair of African-American entrepreneurs seeking to make a fortune in the real estate and banking businesses, and ultimately break the regime of racial segregation in Los Angeles neighborhoods. Faced with racial barriers, they pull a Cyrano de Bergerac and bring in a white guy (Nicholas Hoult) to serve as their frontman. Later, Morris and Garrett pose as a chauffeur and janitor in order to watch the heist play out.

Eventually, the two bring their scheme to Garrett's Texas hometown, where they acquire banks and make loans to the area's underserved black community. But there they run into even more resistance than they had in California, leading to attention from the federal government.

It leads up to a climactic scene in which Anthony Mackie testifies before a Congressional committee, much as he did at the climax of Spike Lee's notorious 2002 film She Hate Me. Although this movie, and scene, are far better.

Jackson is charismatic and funny, as usual, with Mackie serving as more of a straight man. There's also a strong supporting cast, including a welcome Nia Long as Garrett's wife and Colm Meaney as an early partner. It's a handsomely photographed picture, full of period detail, and the costumes are outstanding too, including some beautiful vintage men's suits.

The film, though, doesn't break a ton of ground. If you're looking for a movie about a duo of black men and the legacy of mid-20th century California real estate, last year's The Last Man in San Francisco, directed by Joe Talbot, is a much more revolutionary film. That movie is available for rental and purchase from Apple. 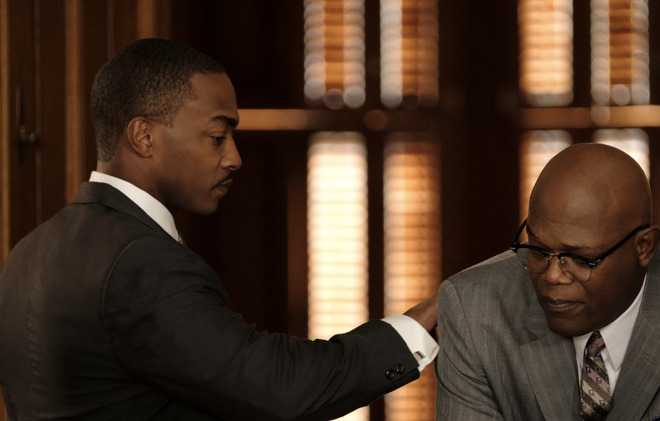 Anthony Mackie and Samuel L. Jackson in The Banker (Apple)

There's not much competition, but The Banker is pretty clearly the best original film of the three in the Apple TV+ era. While it's likely not going to end up in the awards conversation for 2020, it represents exactly the sort of adult-oriented drama that Apple should be pursuing as they built out the original movie section of their streaming service.