AppleInsider
Posted: April 14, 2020 1:39PM
in General Discussion edited April 2020
A collector has bought an assortment of early prototype Apple Watches, dating from before the device went on sale in 2015, and plans to sell them once fully repaired. 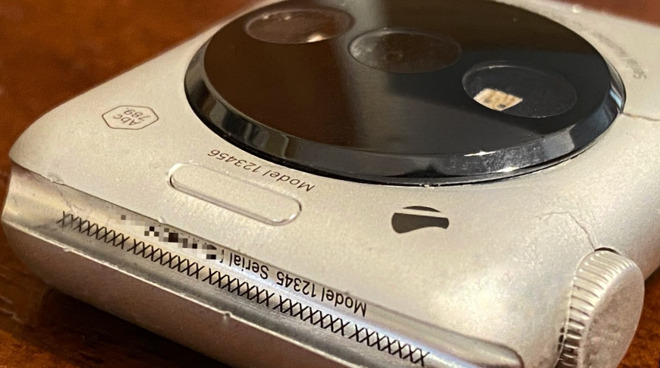 All of the prototype Watches are broken

Just as with every hardware manufacturer, all of Apple's products go through prototyping, and some such prototypes show fascinating choices that were ultimately abandoned. Now a series of approximately six prototype Apple Watches have been displayed by a collector.

This is a thread on what we know about Apple's prototyping and development process of manufactured products.

1/ All info here could be incomplete/wrong/outdated. I may (or may not) update this thread in future if I have enough things to share #AppleInternal #AppleCollection pic.twitter.com/G5Pk1v9rT4

While collector and developer Giulio Zompetti, from Italy, will not reveal where he acquired the prototypes, this is not another case of an Apple engineer leaving them behind. Rather, they all come from an unspecified e-waste facility, and all of them are broken.

However, according to Motherboard, Zompetti says that each can be repaired. At present, none are even starting up enough to show any differences in the software, but they do contain sufficient markings to prove that they are prototypes -- and sufficient differences to the shipping model to make them interesting.

Zompetti has used his discovery and examination of these Apple Watches as part of a Twitter thread in which he discusses Apple's regular prototyping process.

Zompetti told Motherboard that enough key components in the prototypes are intact that he believes he can repair them. However, while he does then plan to sell them, he has yet to state a price. "This stuff doesn't have an estimated value," he said.