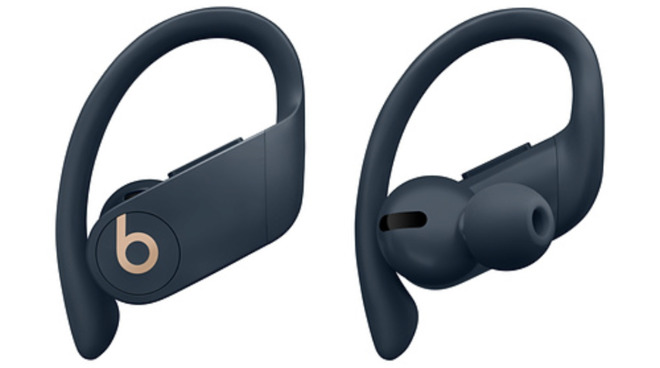 Apple is expected to launch an updated replacement for its $249.95 Powerbeats Pro wireless headphones shortly. The as-yet unannounced devices have passed both the FCC on April 15 and now Malaysia's similar SIRIM (Standard and Industrial Research Unit of Malaysia) body.

According to MySmartPrice, a listing on the SIRIM database confirms that two earphone models, A2453 and A2454, have been approved. These are believed to equate to the left and right earbuds respectively.

The listings refer to what they describe as "wireless earphone (hybrid wearable)," and add only that they are Bluetooth devices from Apple. It's believed that these are Powerbeats Pro devices, though, as the previous edition had model numbers of A2047, A2048, and A2078 for the left and right earpieces, and the case.

Gaining regulatory approval such as this is a requirement before a device can be released, but there is no mandate for Apple to launch within a certain timeframe -- or at all. Apple could always choose to delay launching, but it's unlikely to to hold on to a device that is ready for public sale.

Powerbeats Pro are similar to AirPods Pro, Apple's other wireless headphones, but are presented as more of a sports accessory. They come with an hook to loop the earbuds over the user's ear to keep them in place during exercise.