Siri gets improved voice in Germany

AppleInsider
Posted: April 29, 2020 10:42AM
in General Discussion edited November 2020
German users are reporting that Siri is suddenly sounding much more natural, especially on HomePod, following a long-promised update to iOS. 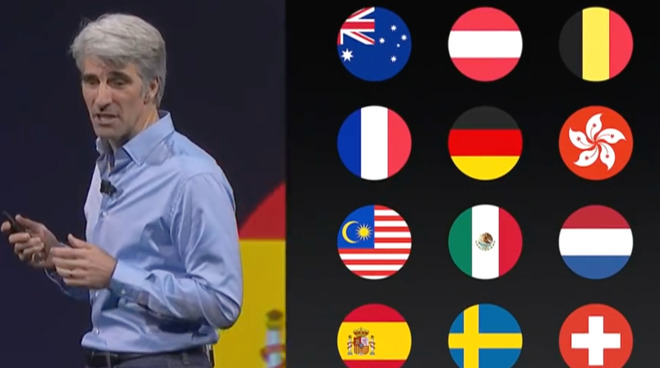 Craig Federighi in 2017, introducing improved Siri voices coming to all languages, including German

Apple's Siri has a distinctive, immediately recognizable voice -- but people in different countries know this technology by very different voices. Some default to a male Siri voice, some to a female, and all have different languages and accents. Now German-language users are reporting that the Siri voice they hear every day has been noticeably improved to sound more human and natural than before.

According to German site iphone-ticker.de, Siri has finally received an update that was actually promised back in 2017.

Federighi announced the update for all Siri voices, starting with the US one, during his presentation at WWDC 2017. "We're making a big upgrade to your primary interface in dealing with Siri, and that's Siri's voice," he said. "We've used deep learning now to create a really natural and expressive voice for Siri."

Readers of iphone-ticker.de say that the new Siri voice is more melodic, as well as natural, and that this is particularly noticeable on HomePods. However, there have been certain problems. Some readers are saying that since the update, "Siri always sounds like helium." Apple has yet to comment.

However, there are cases where Siri's voice will revert from the now human-sounding normal to a more robotic one, and this may be what's happening for these users. It happens when your iPhone or iPad is particularly low on space and the device offloads the richer Siri voice.