AppleInsider
Posted: April 30, 2020 9:01PM
in AAPL Investors edited May 2020
Following the publication of its second fiscal quarter of 2020 results, Apple provided additional detail surrounding the particulars of the report during an hour-long conference call. 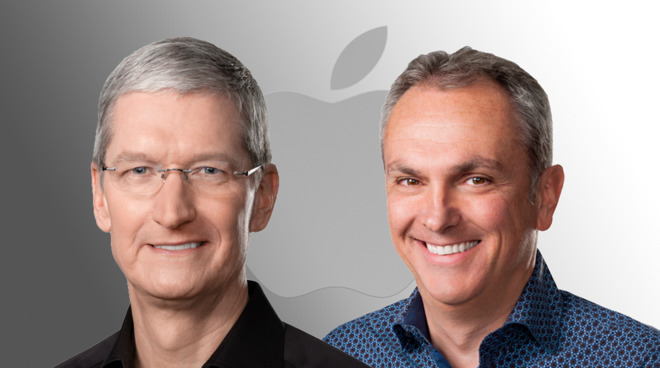 Apple posted quarterly revenue of $58.3 billion, an increase of 1% from the year-ago quarter. The company also posted and quarterly earnings per diluted share of $2.55, up 4 percent.

"Despite COVID-19's unprecedented global impact, we're proud to report that Apple grew for the quarter, driven by an all-time record in Services and a quarterly record for Wearables," said Apple CEO Tim Cook. "In this difficult environment, our users are depending on Apple products in renewed ways to stay connected, informed, creative, and productive. We feel motivated and inspired to not only keep meeting these needs in innovative ways, but to continue giving back to support the global response, from the tens of millions of face masks and custom-built face shields we've sent to medical professionals around the world, to the millions we've donated to organizations like Global Citizen and America's Food Fund."

Apple hardware sales decreased from $46.6 billion in the year-ago quarter to $45.0 billion in the second fiscal quarter of 2020. However, services revenue increased to $13.3 billion, versus $11.5 billion a year ago. 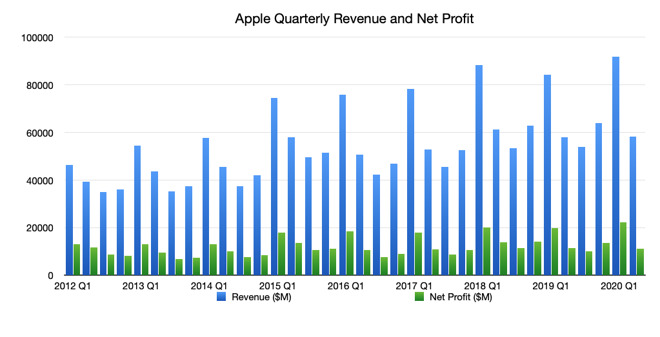 Sales in the Americas were relatively flat in the quarter, with Apple generating $25.5 billion versus $25.6 billion in the year-ago quarter. China sales were down $800 million, and European sales were up to $14.3 billion versus $13.1 billion a year ago.

Apple also increased the cash dividend to $0.82 per share, an increase of 6%. Furthermore, the company has authorized an increase of $50 billion to the existing share repurchase program. 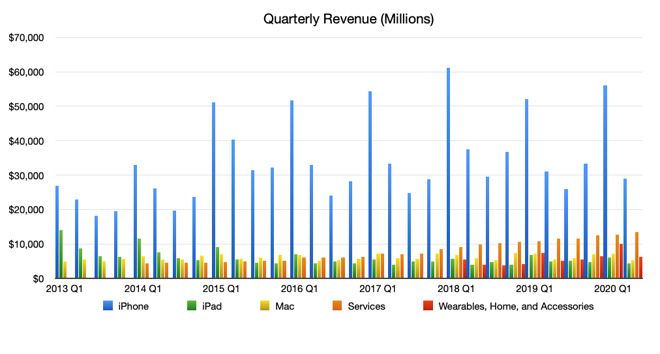 Highlights from the earnings report, and the conference call