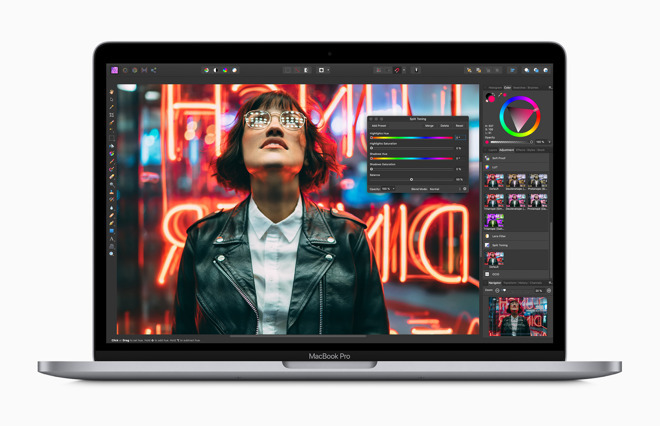 Though it won't allow for faster charging, an 87W power adapter could deliver a bit more power to 13-inch MacBook Pros during intense workloads.

Prior 13-inch MacBook Pro models, dating back to 2016, shipped with a 61-watt USB-C power adapter and support a draw rating of 20.3 volts and 3 amps. That has not changed on current low-end MacBook Pros, and Apple continues to include its 61W adapter with all 13-inch variants.

Sources told MacRumors that higher-end 13-inch MacBook Pro models won't be able to charge any faster, since internal charging settings are the same as previous generations.

However, some professional users may see a benefit with a higher-wattage adapter during demanding workloads. An 87W charger might also deliver a bit more headroom if, say, a CPU is maxed out while the MacBook Pro is connected to multiple external displays.

Users of the 13-inch MacBook Pro have long been able to safely charge using higher-watt adapters, though maximum charging speeds are capped at the machine level.