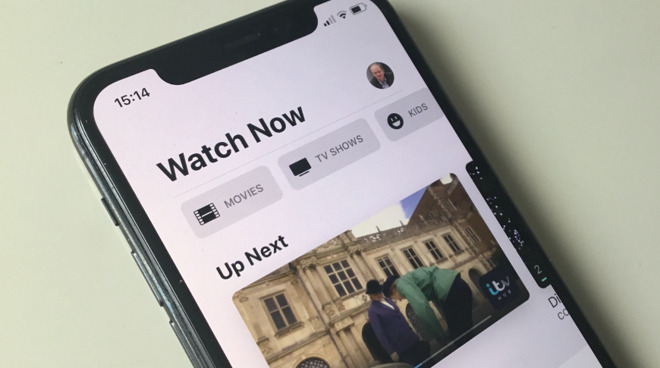 Watching Apple TV+ on the Apple TV app on iPhone

The reason that your Mac keyboard has a Command key with that clover-like icon is that designer Susan Kare put it there, but the reason she did is that Steve Jobs rejected the Mac team's original plan to put an Apple logo on it. Just as there's a Windows key for PCs, there would've been an Apple key for Macs, but Steve Jobs said no.

It appears that nobody else in Apple has ever said no since. Once the company took "Computer" out of its name, and once it stopped using "i" in front of everything, it settled on prefixing every product with the word Apple. Curiously, you can even date the move from "i" to "Apple" with the Apple TV as that had originally been announced under the name iTV.

Counting the different services, the different hardware, and the different apps, we make it that you can use the words "Apple TV" to mean about eight different things. We'd say that there may be a prize for anyone who can contort all eight into a single sentence, but we tried that above.

More seriously, we do regularly find ourselves having to explain how to get Apple TV+ through the Apple TV app on Apple TV. If only so that we can always refer you back to here, let us attempt to clear up the mess before Apple brings out yet another version of the Apple TV hardware.

It all started in 2006 when Steve Jobs gave us a sneak peek of the iTV. We really wanted an actual TV set made by Apple. We did not know this was as close as we were going to get. 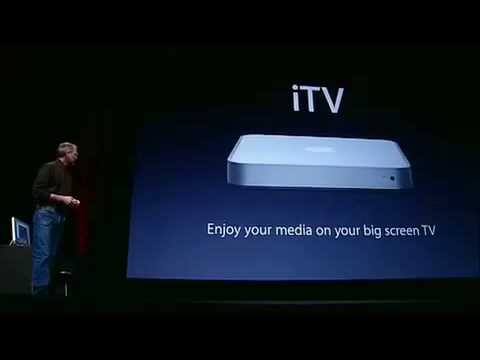 Flash forward to today and not a giant amount has really changed in the hardware. It's still what used to be referred to as a set-top box, and you plug it into your TV set.

Unless you have a Samsung smart TV or one from some other manufacturers that has Apple TV built in. Apart from those TV, Apple itself currently sells two versions of the Apple TV hardware.

There's the Apple TV 4K, and the previous model, now referred to as Apple TV HD to differentiate it. And that is the differentiation, really -- one is a HD 1080p box, the other is a 4K one.

You can get them with different storage capacities, and there's a better processor in the 4K version. There's also better audio. But really, you're buying the $149 HD one to save a little bit of cash, or the $179 4K version because you have a 4K TV set.

Whichever model you get, or if you watch through the right TV set, what you see first is the Apple TV home screen. And that is not the same thing as the Apple TV App -- probably.

Originally, all Apple TV models started up with the home screen. Later, Apple introduced an app called Apple TV and loved it so much that they made it appear whenever you tried to go to the home screen.

Alas, there were problems. Apple presents that app as your one-stop place to watch everything available on your Apple TV -- and it isn't. Netflix doesn't work with it. So you just have to leave that app to go watch the most popular streaming service in the world. And there are others. 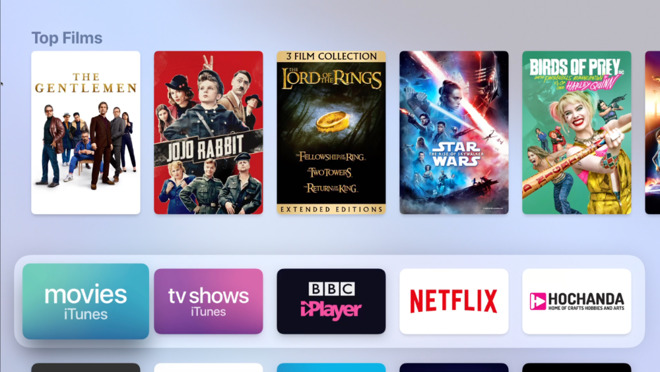 Apple TV is more expensive than its rivals, naturally, but for many people, this is how all their TV watching starts

The way you get other services, such as Netflix, added to your Apple TV is to download their app from the Apple TV App Store. So when a channel tells you they're on Apple TV, that's what they mean -- probably.

Apple TV Channels were announced in March 2019 right alongside Apple TV+, but it's chiefly a new name for an existing idea. Apple TV has long boasted that you could watch 100 channels through it, and that includes live sports, plus subscription services like HBO Now.

Today, Apple TV Channels is one name for all the services you can watch through your Apple TV hardware, and specifically through the Apple TV app on it. Except for Apple's own.

In this sense, it's like Apple News. You get the regular Apple TV Channels service, and you can pay extra for Apple TV+. Except that what you get for your extra fee is solely Apple TV+, everything else remains either free or a separate subscription.

Then, too, Apple has still not rescinded its apparently temporary plan to give people one year's free Apple TV+ access when they buy a new device. So right now, for many people, Apple TV+ is an extra that's free.

Further muddying the waters enough to make this tricky to explain to your parents, is the business of what is a channel and what is an app. Whether you're Netflix with a library of on-demand programs, or you're ABC News with live broadcasts, it's up to you whether you choose to be a channel, an app, or conceivably both. 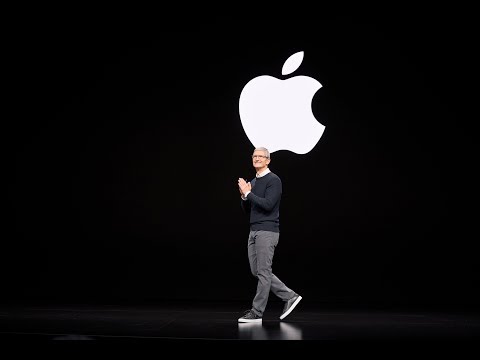 This is now the highest-profile use of the words "Apple TV," and it is the ever-growing catalog of dramas, comedies, children's shows, documentaries, and films. It may not yet have become as ubiquitous as Netflix, and it doesn't appear to have grabbed the same instant high-profile that Disney+ has.

However, its slate of programs is wide, and so far every show is well made. Some are more successful than others, but as productions they are first-class and there is bound to be at least some you like.

There is just the question of where you watch them. It can be on a TV set, but it can also be in one last use of the Apple TV phrase.

On Apple TV itself, plus the iPhone, iPad, iPod touch, and Mac, there is an Apple TV app. You can't miss it because Apple doesn't call it Apple TV. Instead, it's just called TV.

Do a Spotlight search for the words "Apple TV" and your Mac or iOS device will know you really mean the TV app, and that's somehow a little indicative of the whole service. You want to do something and Apple TV translates that into what it thinks you want.

Except when it doesn't. You have to give Apple some credit for not swamping the TV app with its own Apple TV programs, but it doesn't have to make it quite so hard to find them.

This failing is not confined to Apple TV. Netflix is also difficult to dig through, but you'd hope that Apple would be better. Instead, Apple TV - sorry, the TV app -- makes it very easy for you to continue watching something you've already started like a series.

It just takes a lot more steps to find, say, all the Apple TV+ comedies or films. That might be intentional now as the Apple TV library remains small, but the company is adding new shows all the time so the way you find them is becoming a bigger issue.

Nonetheless, those shows are there to be found. And if we rankle at saying the words "Apple TV" a dozen times per sentence, at least it is getting the title out there. There's no way to know if that ever translates into more people trying Apple TV+, but if it gets anyone taking a second look at the Apple TV apps, or the Apple TV set-top boxes, that's a good thing.