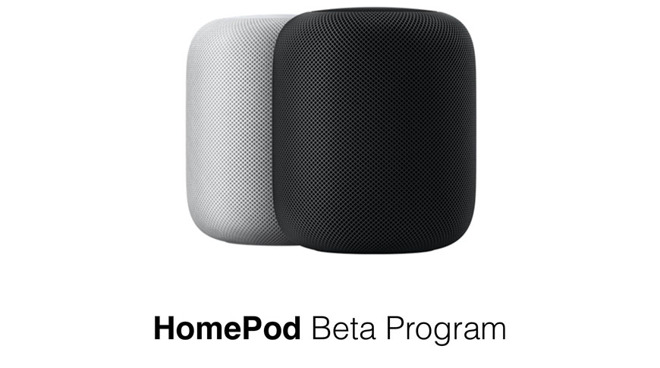 Sent to select users via email, the invitation does not specify what features, bug fixes or improvements are being tested as part of the initiative. According to social media posts, users who decide to participate in the AppleSeed program must agree to confidentiality agreements and limit discussions about the software to official feedback.

The HomePod beta release is the first to be offered to AppleSeed members. Previous incarnations of HomePod software were restricted to in-house evaluation. The beta is not part of Apple's public or developer beta programs and is being offered only to select AppleSeed participants.

HomePod played a minor role in Apple's WWDC keynote on Monday. The smart speaker was mentioned in a brief presentation about the Home app's new facial recognition feature, which can parse video feeds from a HomeKit-enabled camera to detect the faces of people who are tagged in the Photos app. For example, when a door camera recognizes a face, HomePod can announce who is at the door.

As with other beta software, Apple recommends testers install the HomePod beta on non-critical hardware.