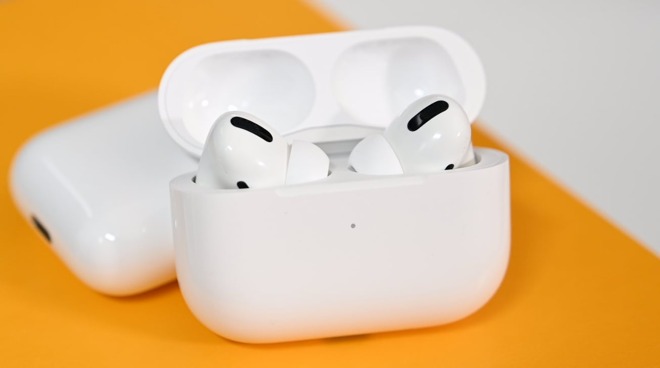 The update replaces the previously available firmware, build number 2D15, which has been available since May 5. This marks the fourth firmware update Apple has issued for the AirPods Pro since launch.

It is unclear what changes the firmware makes to how the AirPods Pro operate at this time, but given Apple has issued developer betas for iOS 14 and other upcoming operating system updates, it is likely that may be a factor in the firmware's release.

During Apple's WWDC keynote, it revealed a "Spatial Audio" feature would be arriving on AirPods Pro as part of iOS 14. The feature mimics a surround sound and movie theater-like experience, while also using the built in accelerometers in the AirPods Pro and in a media-playing iPhone or iPad to ensure audio keeps being positioned correctly to the user, no matter how they turn their head.

The new firmware is installed automatically for users, with no mechanism on offer to manually force an update to take place. So long as the AirPods Pro are in the charging case and connected to an iOS device, the firmware will install by itself.

AirPods Pro users can check the current firmware for their audio accessories within the Settings app, selecting General, then About, then AirPods Pro.