AppleInsider
Posted: June 23, 2020 10:03PM
in General Discussion
Apple announced a slew of improvements to iOS 14 at its WWDC 2020 keynote. Here are some features that didn't make it into the presentation. 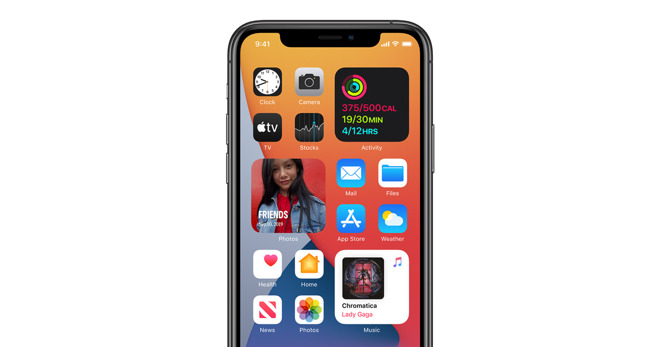 As is typical, there's a lot of new features, capabilities and functions in iOS 14 that Apple didn't have time to announce during its Monday keynote. Here are some of the important ones that we've found.

Along with the Back Tap functionality and support for Apple Watch, the Shortcuts app is also getting new trigger types and 13 new automatic triggers.

The automatic trigger types, which include Low Power Mode or Airplane Mode, can run automatically without asking for a user's permission.

Thanks to Apple's purchase of Dark Sky, it appears that some of those app's features are now being incorporated into iOS 14. For one, U.S. users will see a chart with a minute-by-minute precipitation intensity forecast.

The Weather app itself also shows new information on severe weather events, as well as more usual shifts in the local weather.

Apple has given Photos some slick pinch-and-zoom options in iOS 14. It has also enhanced the Memories function and introduced a new image picker for third-party apps.

Users can also add captions to photos and organize with additional categories for filtering and sorting.

Users on iOS 14 now have two new privacy controls when it comes to local Wi-Fi networks on their devices. For one, apps will now need to ask permission to connect to devices on a local network.

Apple also introduced a new "Private Address" option that can prevent operators of Wi-Fi networks from tracking your device.

Apple has given the Music app a redesign with new menus and other features. "For You" has been replaced with "Listen Now" feature, which is now displayed prominently in the app.

The Music app's search function has also been improved, and there's a new Autoplay feature that lets Apple Music play related tracks and artists when you reach the end of a song or playlist.

Since iOS 13, iPhones have had an Optimized Battery Charging feature. And in iOS 14, AirPods will be getting a similar capability too.

As with the iOS-based version, Optimized Battery Charging will analyze and track a user's daily charging habits and will hold off on completing a charge cycle until it's needed to preserve battery health.

When your AirPods need power, your iPhone will now send you a notification letting you know.

Apple has introduced a new AirPods Pro framework that will let developers take access acceleration, rotation and orientation data for their apps.

Starting in iOS 14, your iPhone will ping you with a notification when your Apple Watch finishes charging.

The feature will come in handy for users who need to top off their Apple Watch's battery during the day after using the new Sleep Tracking app at night.

Members of a shared list in the new Reminders app can assign tasks to each other, making it quite a bit easier to divvy up reminders.

Users can now edit multiple reminders at once, add reminders with a Quick Entry option, and get contextual suggestions when entering them.

Apple has introduced a couple of new improvements to QuickTake -- the feature that allows users to quickly capture video by holding down the camera button in Photos.

Users can now take a video by pressing down on the Volume Down button or burst photos with Volume Up. QuickTake as a feature is also now available on the iPhone XR, iPhone XS and iPhone XS Max.

All iPhone models that iOS 14 supports now feature quick controls to change the frame rate and resolution of captured video.

The new App Library and Home screen widgets are big features in iOS 14. But a smaller tidbit is that you can choose to send newly downloaded apps directly to the App Library only.

Users now have the ability to take selfies that reflect what's shown on the display, rather than mirrored ones.

Text styles can be edited much more quickly in iOS 14 by tapping and holding on the text button. Searching the Notes app is also faster across the board thanks to on-device intelligence.