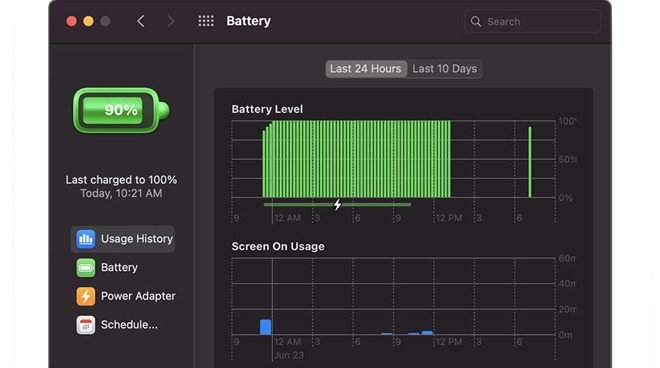 In macOS Big Sur, there's a battery Usage History feature in System Preferences that gives users the scoop on their Mac's battery life over the past 24 hours or 10 days. The pane breaks that down further into Battery Level and Screen On Usage, but doesn't provide granular detail for individual apps.

macOS Big Sur also brings back the battery "time remaining" feature. Like with the iconic Mac startup chime, Apple did away with "time remaining" battery life estimates with the 2016 MacBook Pro with Touch Bar.

While that feature is making a comeback in macOS Big Sur, another longstanding tool is being phased out. 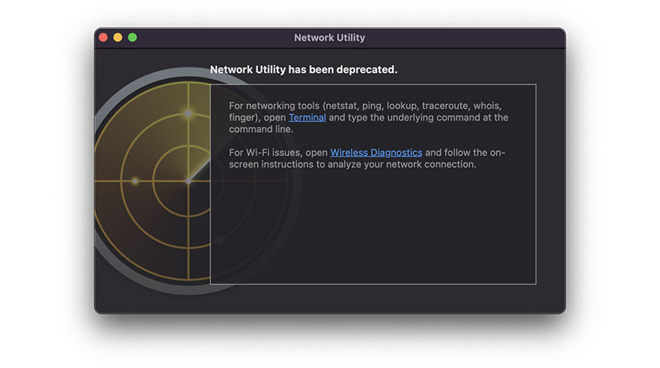 Apple has deprecated its Network Utility tool in the first beta version of macOS Big Sur. The feature provided information, tips and tools for users to check their network connections.

The company says that network tools, such as ping or lookup, can now be accessed via Terminal commands. Wi-Fi troubleshooting issues are now done in the Wireless Diagnostics app.