Apple's Dark Sky to remain active on Android until Aug. 1 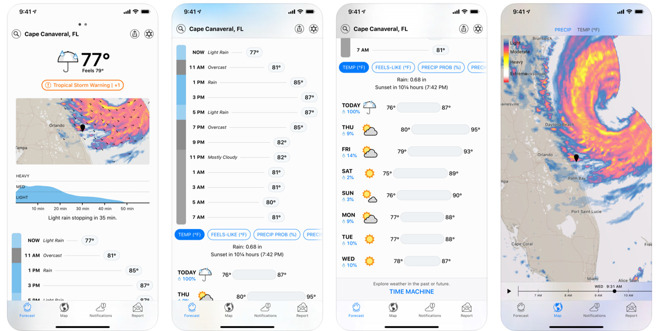 The Android iteration of Dark Sky was originally scheduled to reach end of life on Wednesday, but that expiration date has been delayed by one month, the company said in a blog post. Dark Sky on Android will officially shut down on Aug. 1, the post reads.

Dark Sky initially announced plans to shutter its Android app after Apple acquired the firm in March. While the app is still available for purchase on the App Store, its Android counterpart has since been removed from the Google Play Store.

Android device users who downloaded the app prior to its removal will see uninterrupted access for the next month. Subscribers who are active when the app officially shuts down will receive a full refund of a $2.99 annual charge, the company said.

In addition to a withdrawal from Google's platform, Apple is ending weather forecasts, maps, and embeds that were previously available on the Dark Sky website. Like the Android app, those features are slated to sunset on Aug. 1. The Dark Sky API will remain functional through the end of 2020, but the company is no longer accepting new signups.