Apple advises against MacBook camera covers due to display cracking

AppleInsider
Posted: July 10, 2020 6:55PM
in General Discussion
Apple, in a new support document, is warning users against closing their MacBook lids with a cover over the camera. 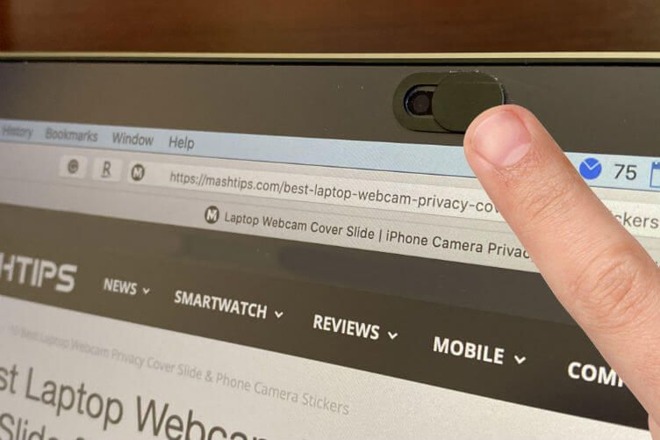 Placing a cover, sticker or tape over a laptop camera is a practice adopted by some privacy- and security-conscious individuals to protect against webcam hijacking. Now, however, Apple is explicitly advising against the tactic.

In a support document published earlier in July, Apple urges users not to close their MacBook Pro or MacBook Air lids if there's a camera cover installed on it.

"If you close your Mac notebook with a camera cover installed, you might damage your display because the clearance between the display and keyboard is designed to very tight tolerances," Apple notes.

The support document also outlines some of the privacy and security functions of the camera, including the green indicator light that lets users know when the camera is active and the camera permission settings introduced in macOS Mojave.

Although the green indicator light is a security measure, there have been instances in the past when vulnerabilities may have allowed attackers to hijack a MacBook's camera.

If users must apply some type of camera covering for work purposes, Apple advises using a cover no thicker than an average piece of printer paper that won't leave any residue.

The support document was likely published in response to user complaints about display cracking. Some reports on Reddit and other social platforms suggest that webcam covers can cause costly display cracking, particularly on the 16-inch MacBook Pro since it has thinner bezels.
«12»