AppleInsider
Posted: July 19, 2020 12:56PM
in Future Apple Hardware edited July 2020
TSMC is getting closer to finalizing a 3-nanometer process that could be used on Apple's A-series or Apple Silicon chips that will be produced in 2022, with a report doubling down on rumors the chip foundry reportedly gearing up to start risk production of processors using the process in 2021. 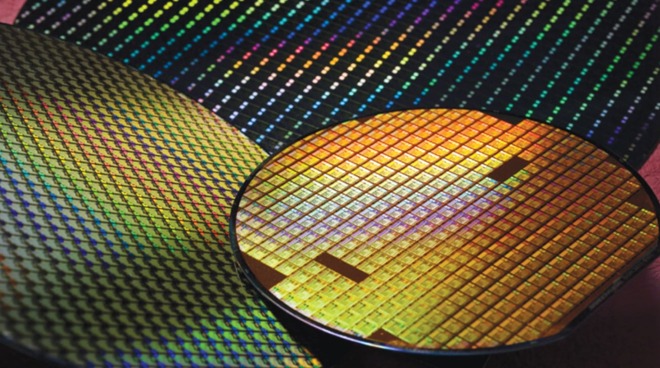 As a long-term supply chain member working with Apple to produce chips like the A12Z Bionic, TSMC has pushed to develop and use ever smaller scale fabrication processes. As it moves from the current 7-nanometer down to lower levels such as 5-nanometer, it is always looking to get down to even lower scales, including making chips using a 3-nanometer process.

Rumors from June put forward the idea that TSMC was on schedule to create chips using a 3nm process in 2022, with risk production anticipated to take place in 2021. In a report from MyDrivers citing a company official, the timing of risk production in 2021 will be officially announced by the chip foundry before the end of the year.

According to the company, the 3-nanometer process will provide quite a few benefits over earlier processes, even the relatively recent 5-nanometer. Compared to 5nm, 3nm will have a 15% greater transistor density, boast a performance increase of between 10% and 15%, and offer energy efficiency savings of between 20% and 25%.

Apple does tend to use the latest stable process TSMC develops and perfects in its chip designs. While it is almost certain that the 3nm fabrication process will be employed in an A-series chip destined for iPhone and iPad use, it remains to be seen whether it will also be used for another Apple-designed chip.

It is currently believed TSMC will be tapped to produce Apple Silicon chips, which will be used in new models of Mac as Apple transitions away from Intel processors over the next two years. As Apple Silicon and the A-series chips are ARM-based, as well as Apple's relationship with the supply chain producer, it seems extremely likely that TSMC is producing the chips for Apple, though it is unknown what processes would be used for their creation.