Apple Car could embed displays into the windscreen and other windows

AppleInsider
Posted: August 4, 2020 1:59PM
in Future Apple Hardware
An Apple Car could have displays embedded within any glass in the vehicle, with laminated glass sandwiching various other materials to block external light, emit its own light, or to display an image. 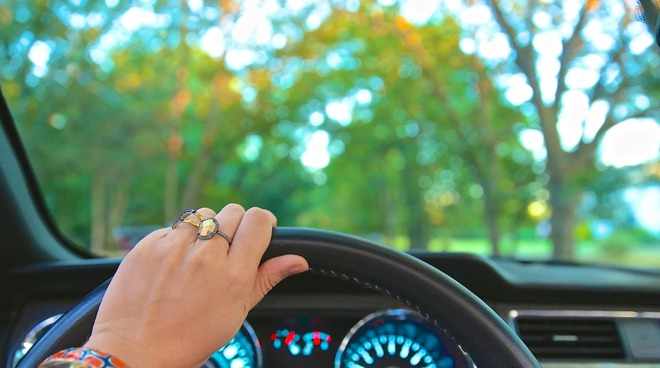 The assorted computer systems of modern vehicles are, for the most, still operated via a dedicated display. This screen is usually mounted in the dashboard or infotainment unit, and is very obviously a screen when it is turned off.

The need for displays limits how a car could be designed if it needs to incorporate them, and the parts used to create them give little room for maneuver other than dictating their size and placement in a vehicle.

In a patent granted to Apple by the US Patent and Trademark Office on Tuesday titled "System with windows," Apple envisions shifting the displays from physical screens to within windows. While this could easily involve dashboard units made with glass, it also has the potential to be used for the main glass panels used by the driver and passengers to see out and around the vehicle.

In Apple's proposal, a structural window layer and chemically-strengthened glass layer could be used to hold an "adjustable optical component layer." In short, this could be a display of some form, including an LCD panel with backlight, OLED panel, or an edge-lit light-guide plate, with any potentially able to display an image, a number, or some other form of visual feedback. 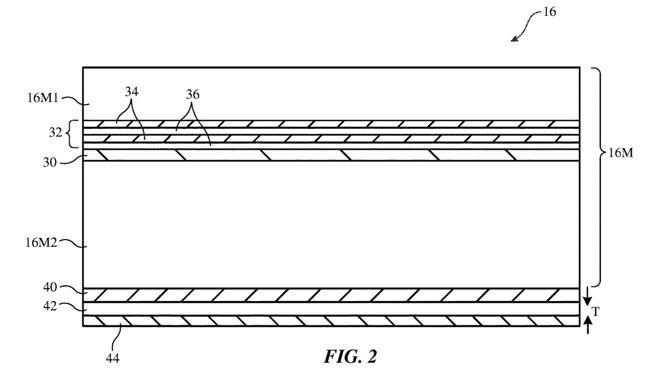 The final screen sandwich could contain many layers between two panes of glass.

To assist this optical layer, Apple suggests elements could be added within the sandwich, either as an extra internal layer or as a treatment to the two glass panel's nearby surfaces. The layer could include an interposed polymer layer with a coating designed to block heat from the sun, as well as properties to create an antireflection layer or one that can block infrared light.

As these layers could be scratched or altered by exposure to the elements, embedding them within the laminated glass sandwich means they are sufficiently protected for everyday use.

In terms of the glass used, Apple suggests the chemically strengthened layer could consist of tempered soda lime glass layers or aluminosilicate glass. With minimum thicknesses of at least 1.5mm per layer of glass, this could result in a laminated glass panel that's the same or thinner than currently used automotive glass.

The patent lists its inventors as Peter F. Masschelein, Martin Melcher, Derek C. Scott, and David E. Kingman, and it was originally applied for in June 2018. 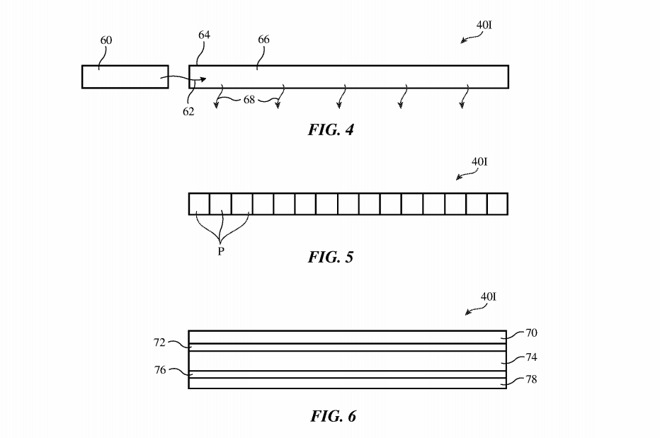 The optical layer could include a light emitter, liquid crystal elements, and color filters.

Apple files numerous patent applications on a weekly basis. While there is no guarantee at all that any concepts described in the filings will appear in a future product or service, they do serve as guides for where Apple's research and development teams are focusing attention on.

As to be expected, Apple has many patent filings that relate to Apple Car, covering many different design ideas and concepts. Naturally, some of these documents relate to improving how a car displays information to the driver.

For the glass, Apple has previously suggested in March 2019's "Lighting systems" that optical fiber loops could be used to display details within a transparent or translucent panel, with the possibility of it being embedded in glass. This means a fiber optic system could embed a display within the windscreen, without showing any components or hinting it is there at all, until it is needed for use.

An augmented reality system has also been proposed, overlaying route data over the real-world view of the road ahead. While it is seemingly relating to heads-up displays or Apple Glass, it is plausible such a system could be employed using an embedded display system within a windscreen.

The "Cosmetic integration of displays" from April 2020 suggests ways a screen could be hidden within the interior panels of a vehicle, so as to not display a large grey reflective square when the screen isn't in use. The seats may also be able to provide some visual information such as how to buckle up or to change its position.