AppleInsider
Posted: August 7, 2020 3:52PM
in General Discussion edited August 2020
While a 27-inch iMac with 4TB or 8TB of flash storage has that storage in a slot, the entire line does not support user storage upgrades. 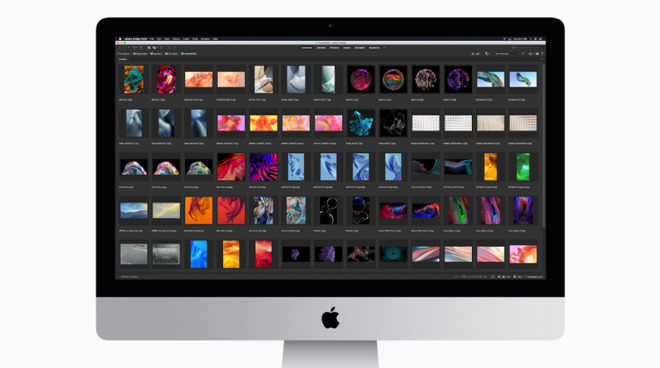 iMac internal storage may be fixed at purchase

The document obtained by MacRumors says that the 4TB and 8TB configurations have a flash storage expansion board connected to the logic board via a connector. The expansion board is not present in the 2TB and lower configurations, nor are there third-party modules compatible with it. It also appears that the SATA port internal to the 2018 iMac 5K for Fusion Drives has been omitted in the new model.

The non-upgradeability of the flash storage isn't a big surprise. Apple uses the T2 to secure similar storage on the MacBook Pro, the iMac Pro, and the Mac Pro. Upgrading the Mac Pro requires a firmware update process that has to be executed from a different Mac, which isn't available for any other model, despite using the same storage slots.

The 27-inch iMac is available for purchase (find the best 27-inch iMac prices in our Price Guide) and can be configured with up to 8TB of internal storage, 128GB of RAM, and AMD 5000 series graphics. Customers can also opt for nano-texture glass for an additional $500, similar to the Pro Display XDR.
«12»